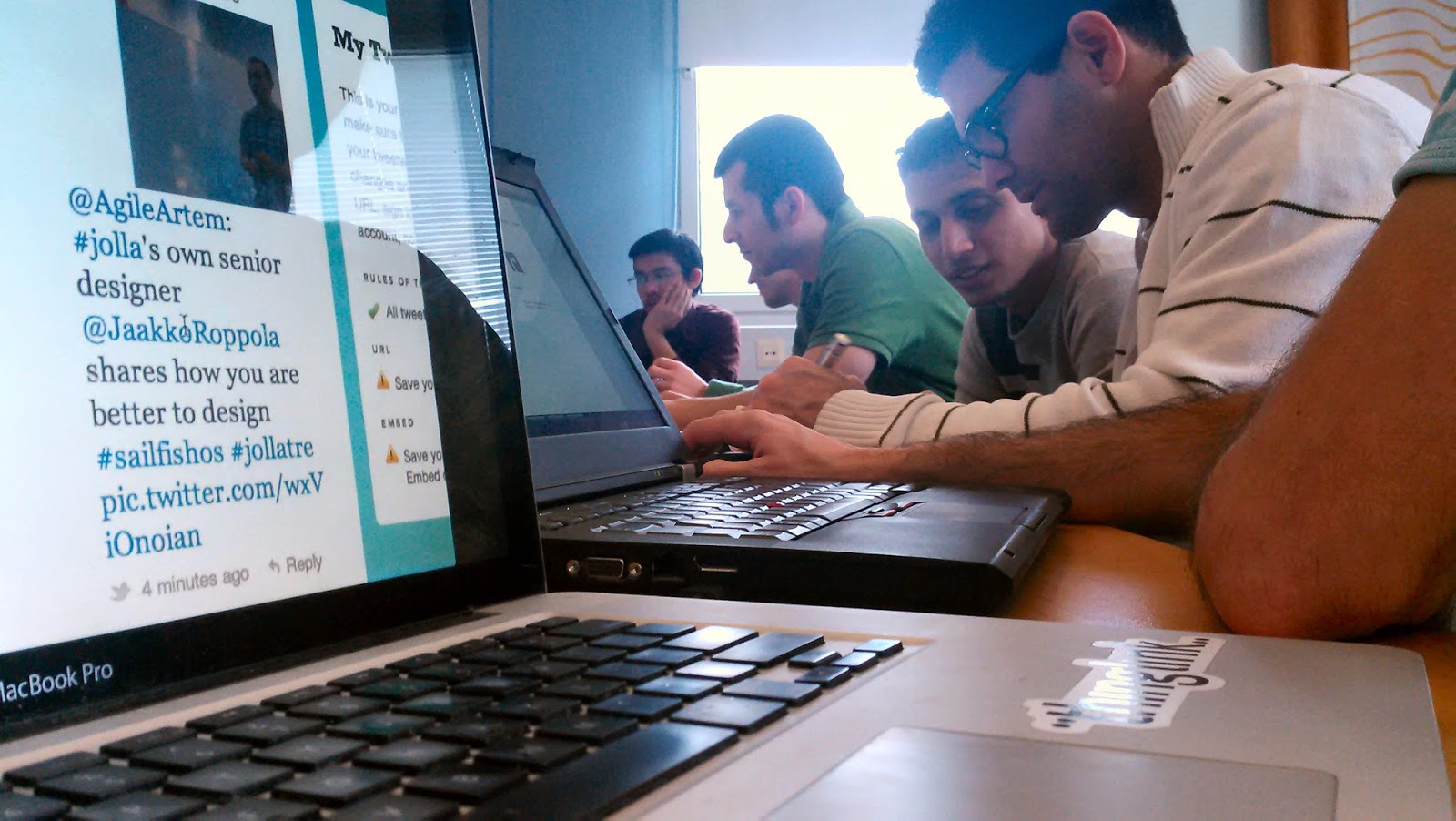 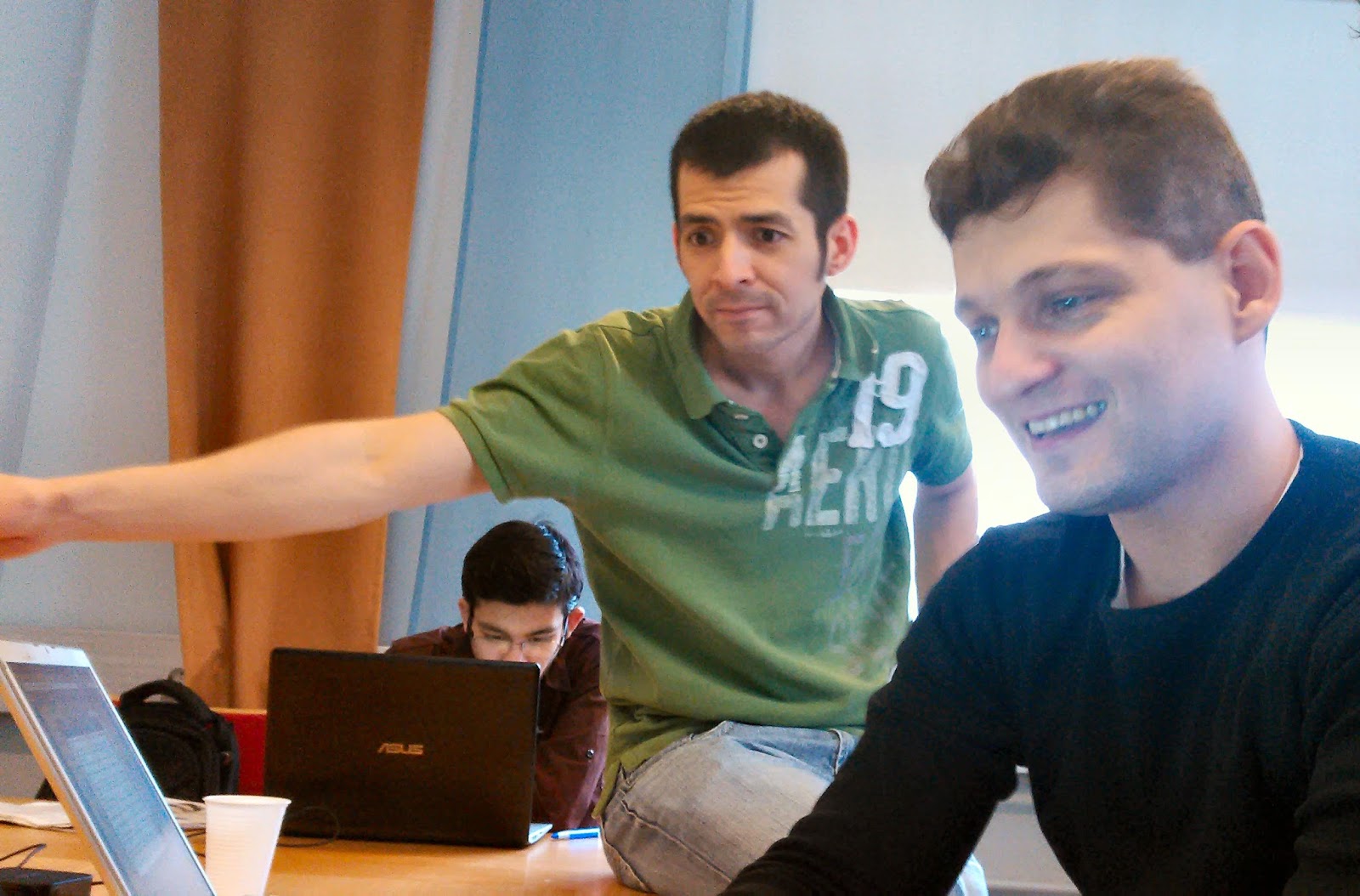 Devaamo, Tieto and Jolla organised a hack day for Sailfish OS app developers February-22-2014. Event started with introduction to app development by Artem Marchenko (above, right), followed by deeper insgight by Jaakko Roppola (below) from Jolla. Participants had their own laptops equipped with Sailsfish OS SDK, and coding took place both in small groups and individually after the two presentations. 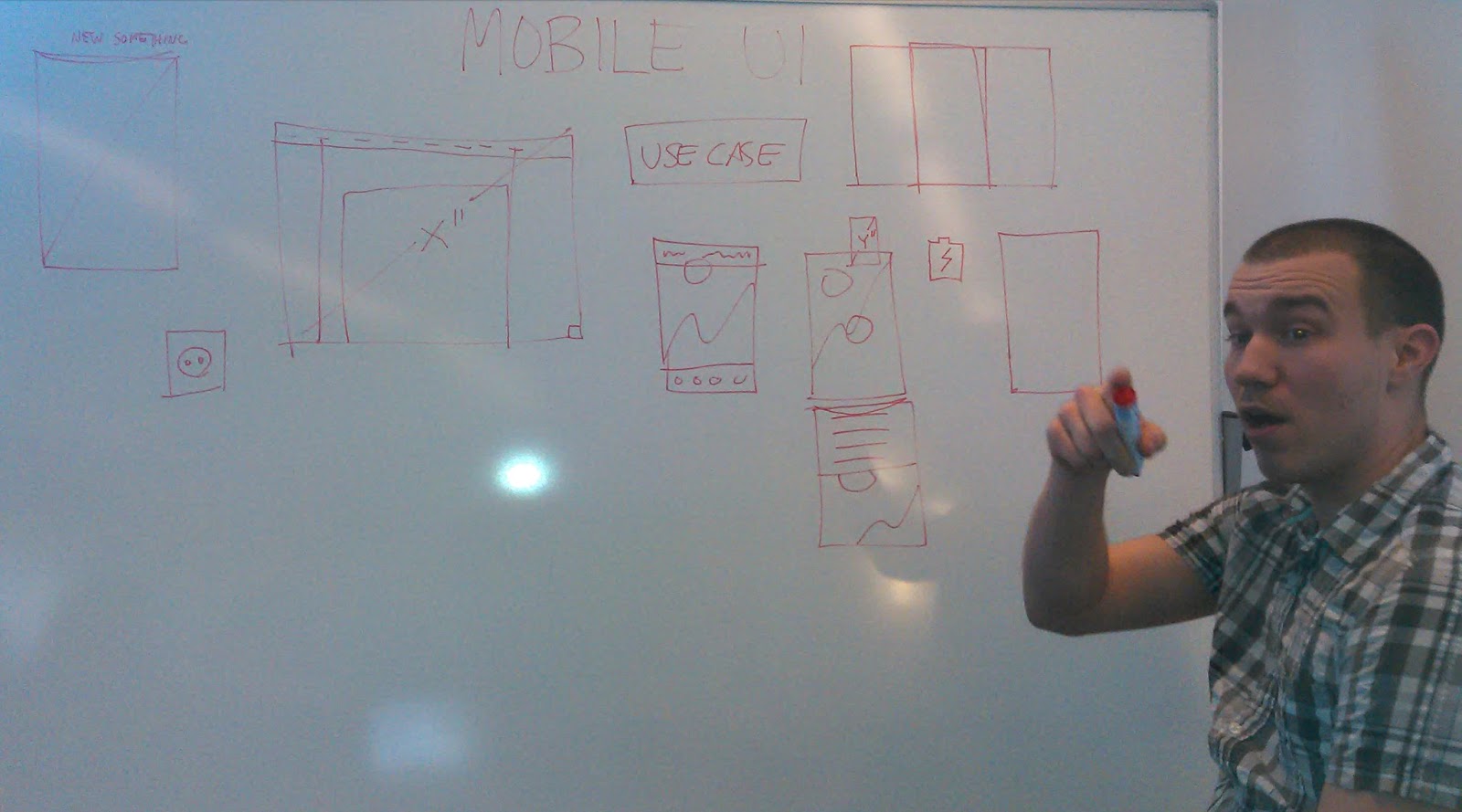 Part of the guests were in a separate room reserved for hardware hacking. Interesting projects going on there: 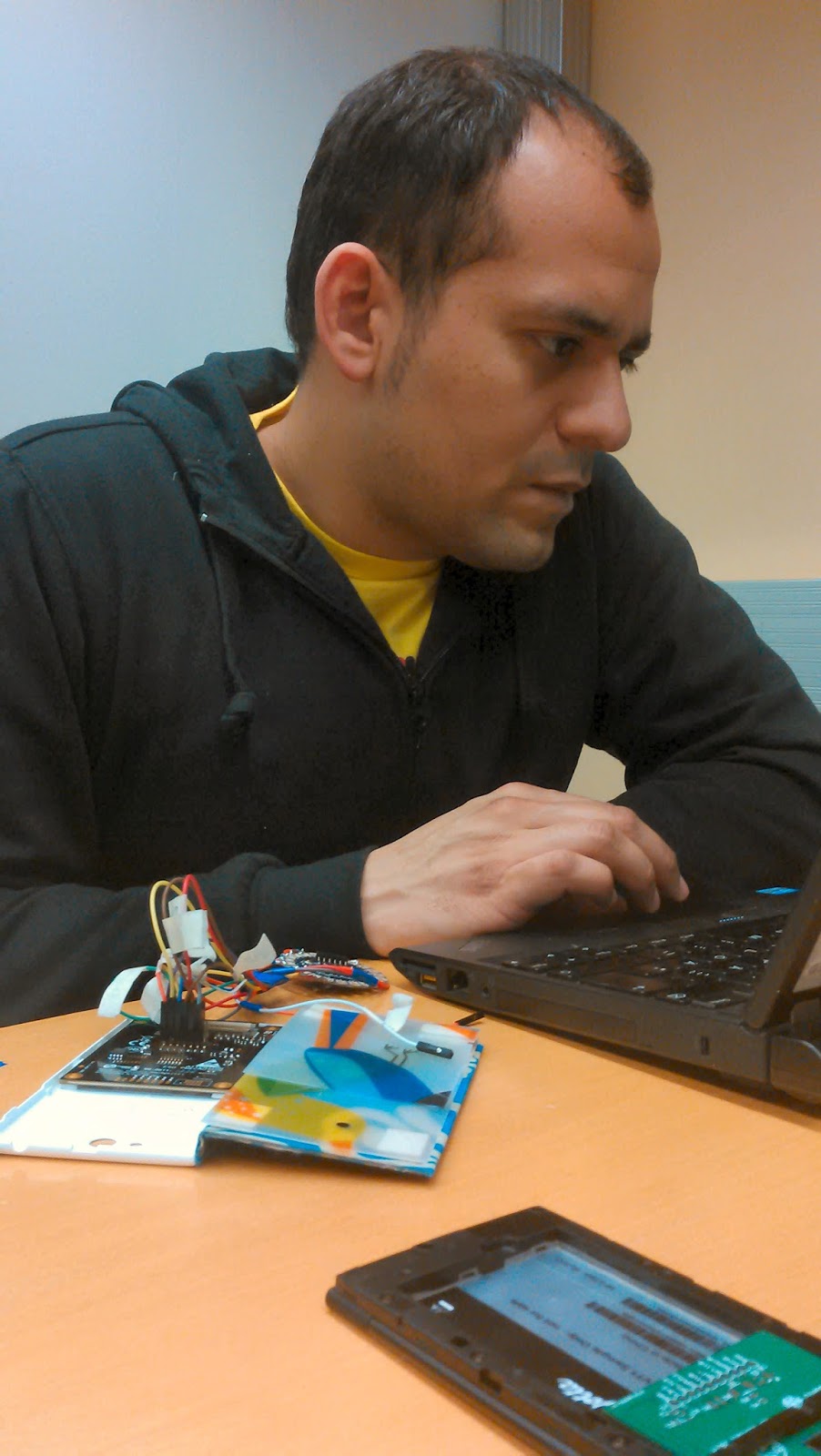 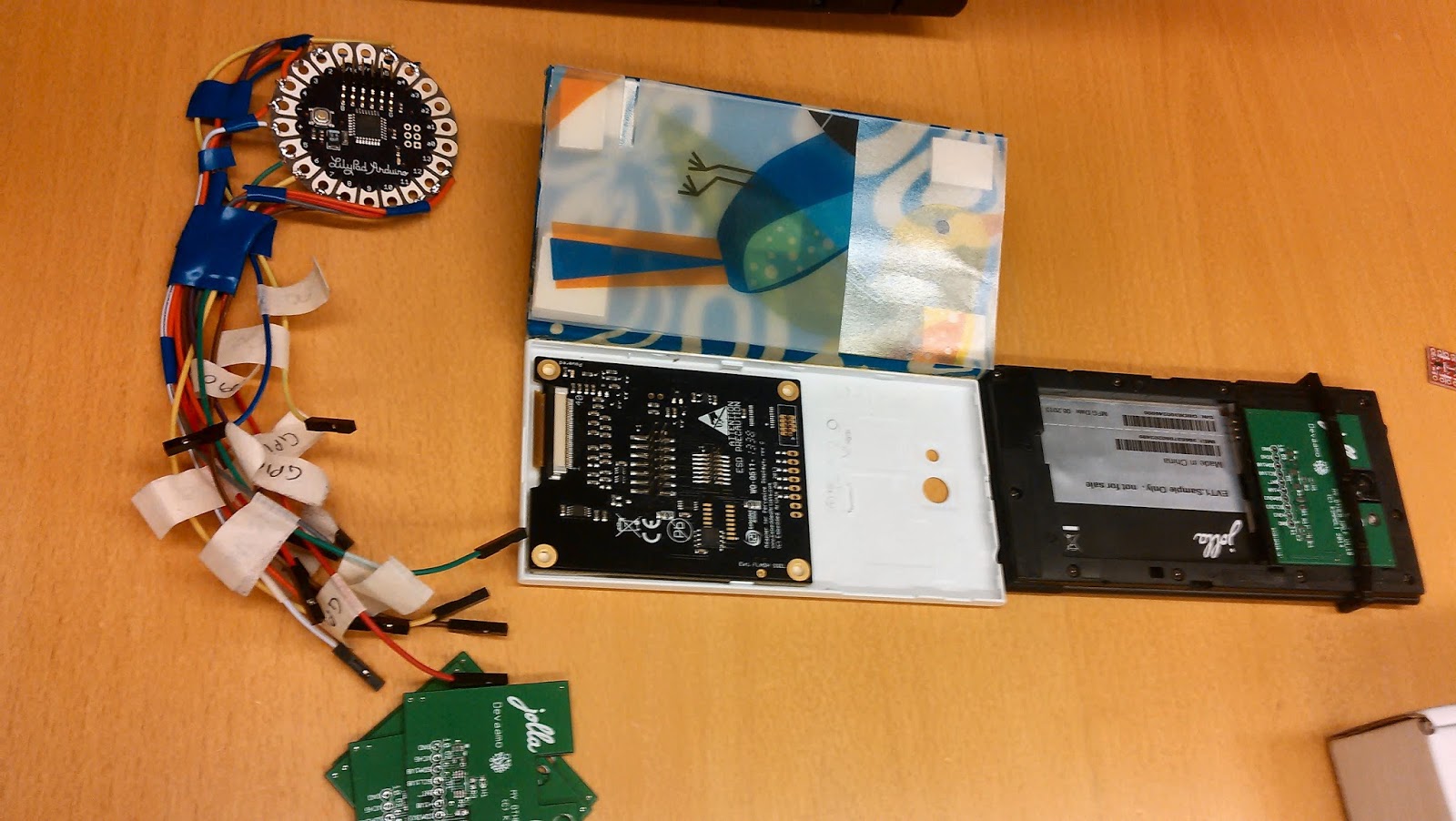 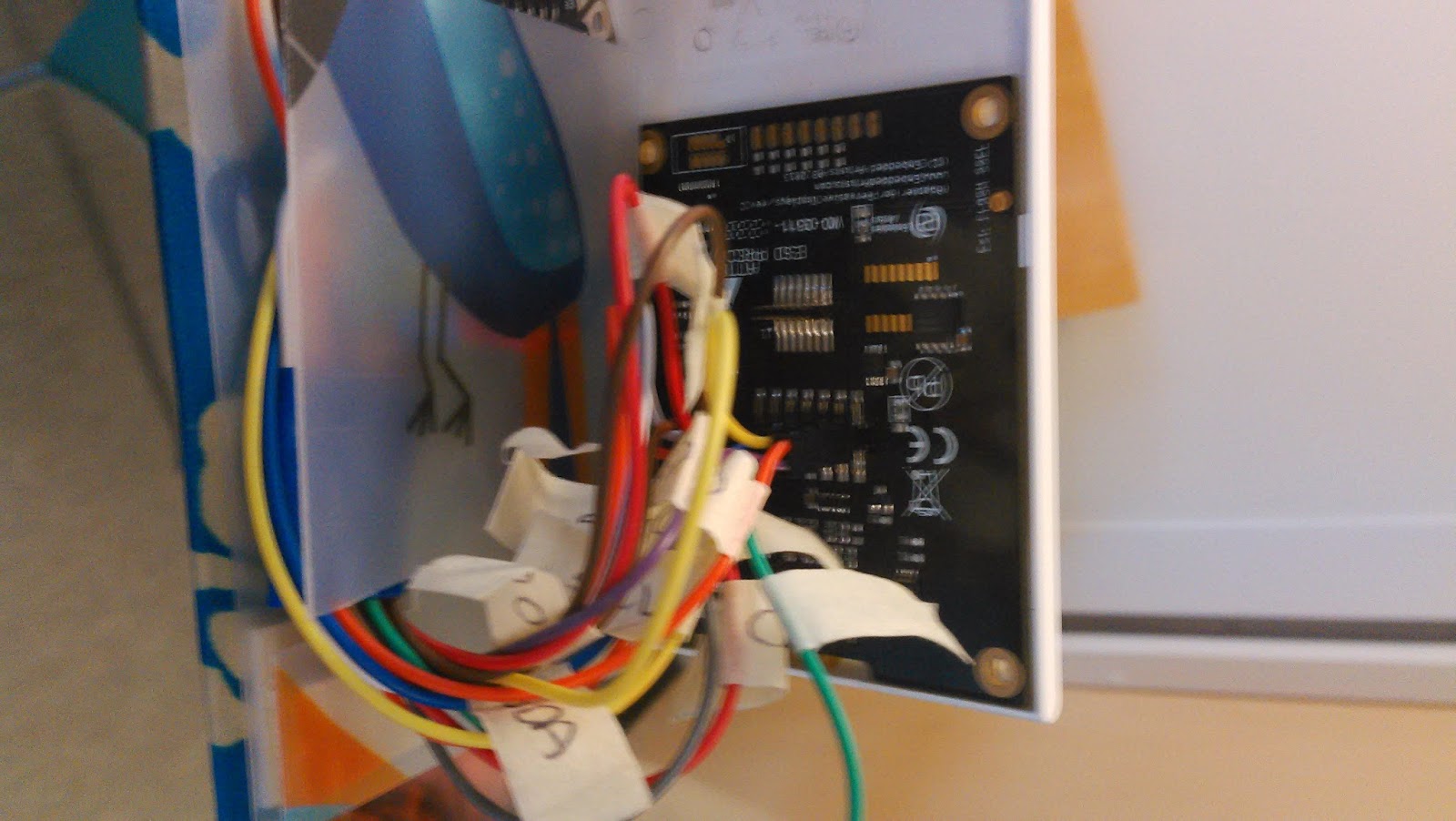 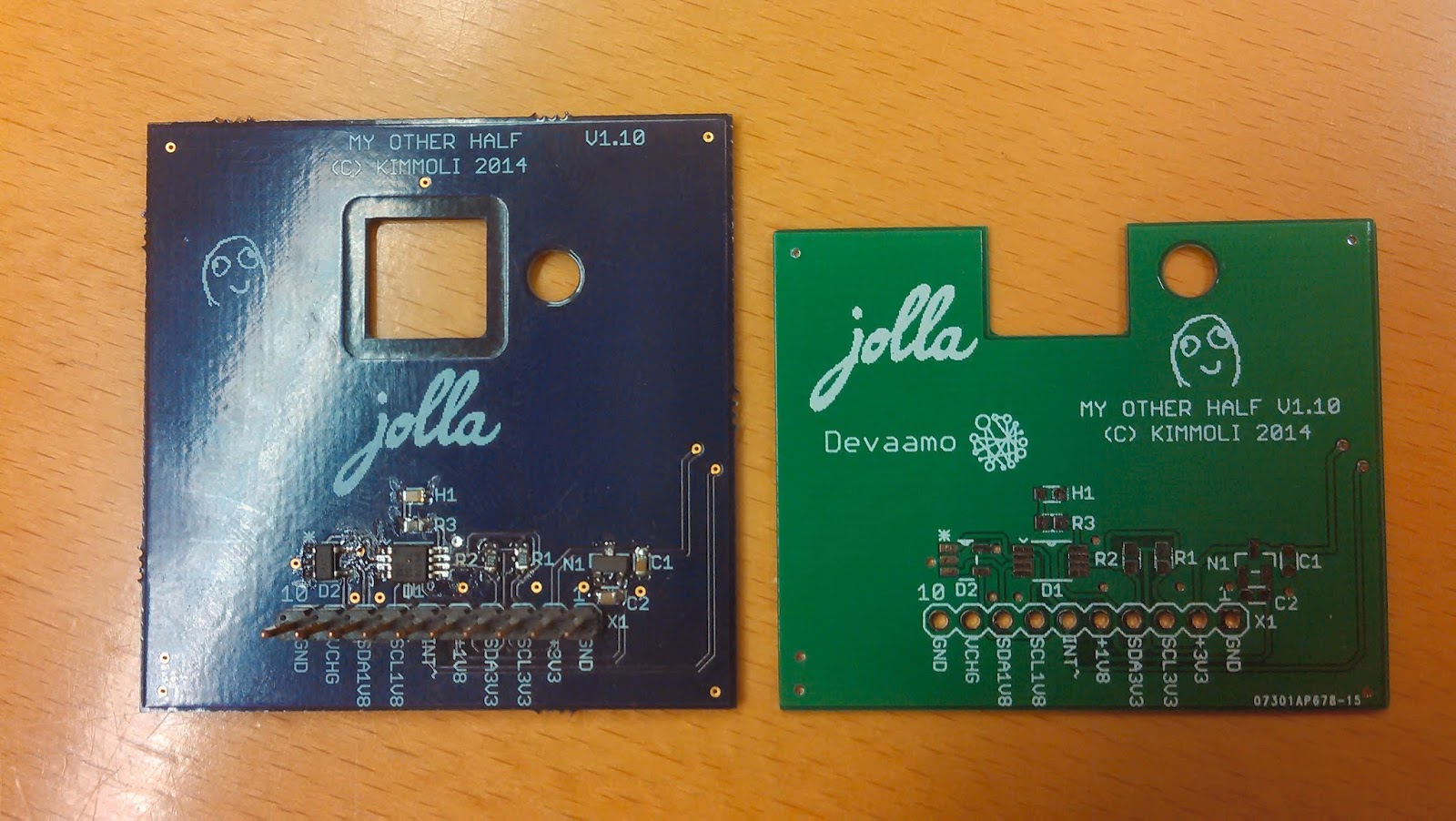 The last image above shows a circuit designed by Kimmo Lindholm on the left, and 100 of these same circuits for extra screen development ordered by Devaamo and Jolla, shared for free for HW hackers. Kimmo's OLED The Other Half will also be seen at MWC2014 - he has loaned one TOH for Jolla to be introduced there. 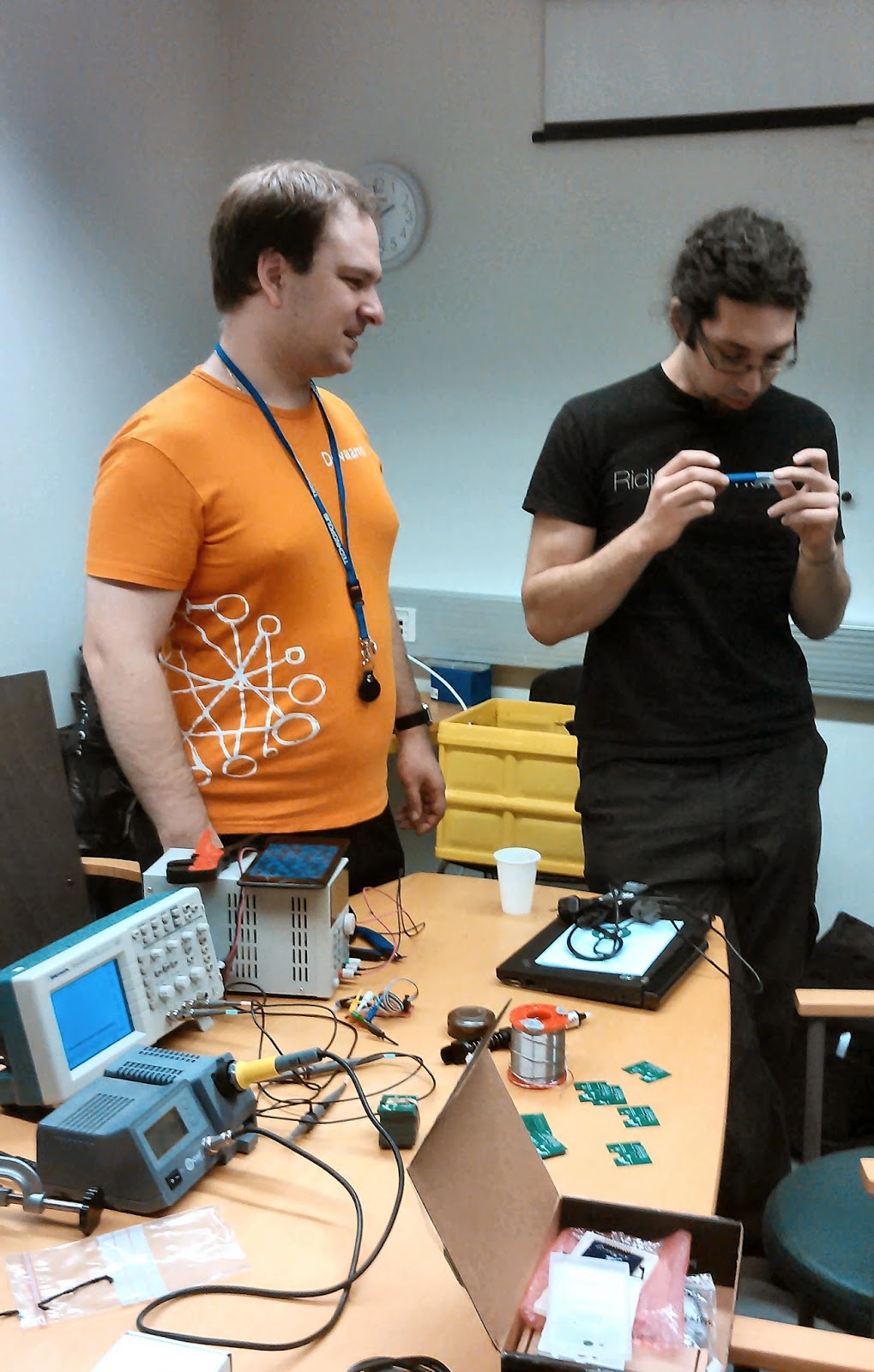 I had a small interview with Thomas B Rücker, Open Source Evangelist at Tieto corporation.

Tieto corporation is cooperating with Jolla both in software development (telephone, audio) and in enabling OEM manufacturing for other device manufacturers.

Tieto will also be present at MWC2014, they are not demoing Sailfish device manufacturing this time but manufacturers are welcome to contact them about that.

Thomas also told that their software development for Jolla is almost fully OpenSource, and is available at Nemo project. 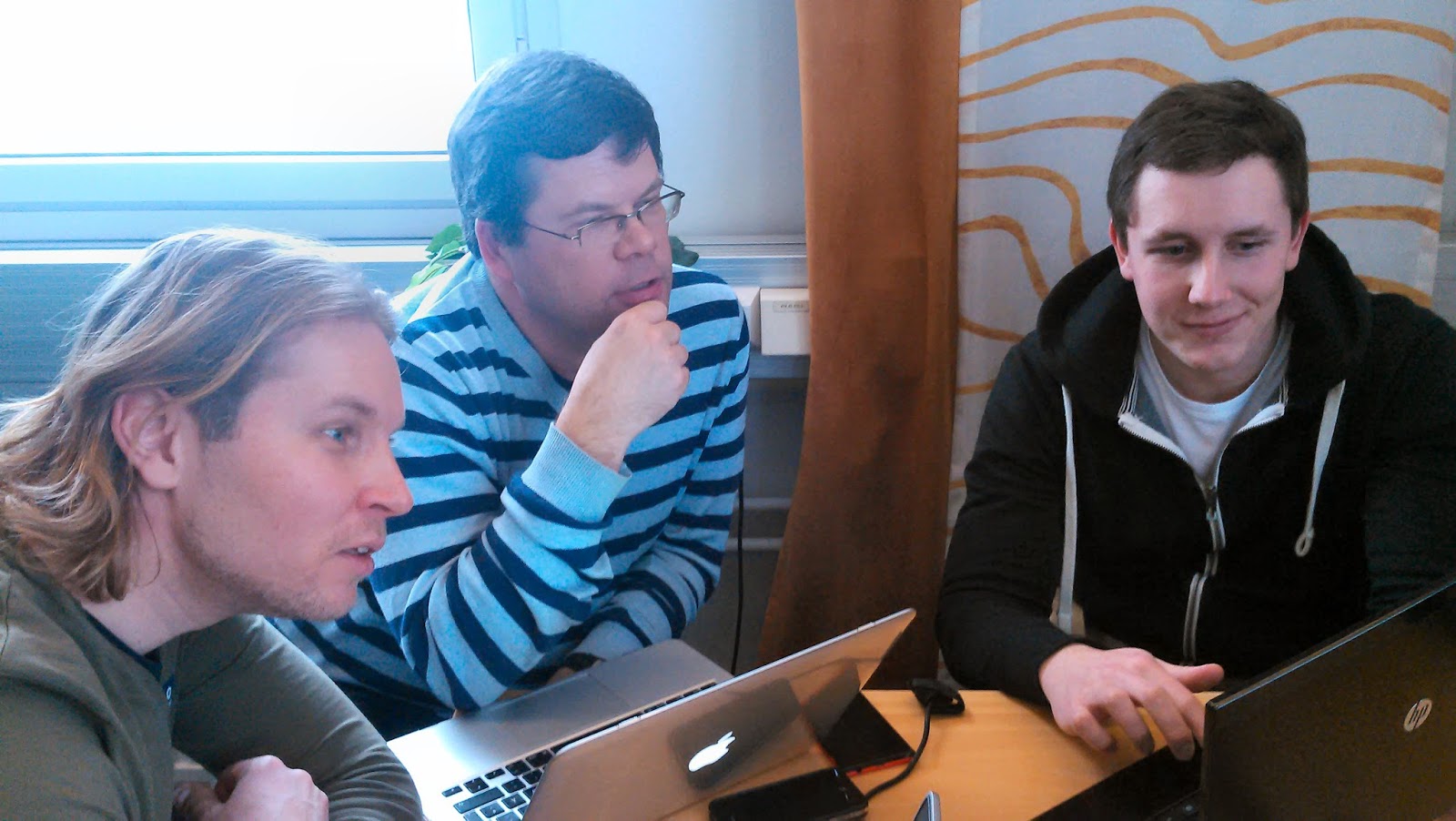 Back in the app development room, a lot of code was produced during 8 hours. Apps under development were e.g. a nice Together portal client by Samuli Silvius (above, left) There were about 20 new apps under work during the Hack Day, and most of them are hopefully arriving soon to Jolla Store.

Seravo thanked all participants with good pizza and enough of drinks. Jolla gave everybody a familiar looking stocking cap with Jolla MAKIA logo (image above).

The next hacking day takes place already at March-29-2014. REGISTERATION is already opened - Jolla, Devaamo and Tieto welcomes all new software and hardware hackers along.