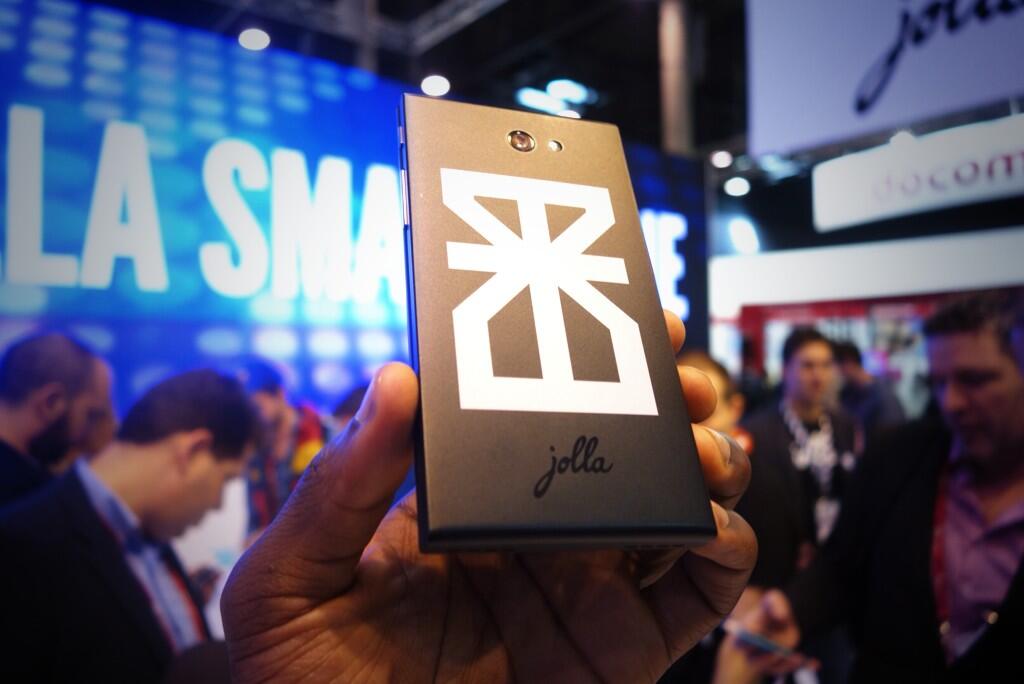 Jolla Makia The Other Half. Makia is a finnish clothing company (by @GadgetsBoy)

Jolla Labs: RGB led The Othe Half, developed by iProtoXi

Photo isn't from MWC, but the 2nd - TOHOLED by Kimmo Lindholm - is present at Jolla Labs 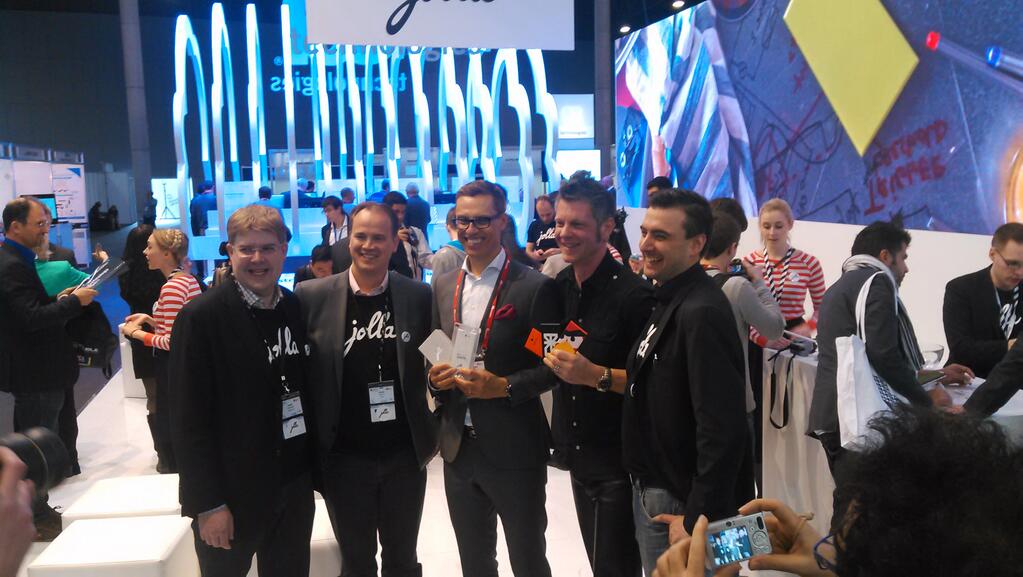 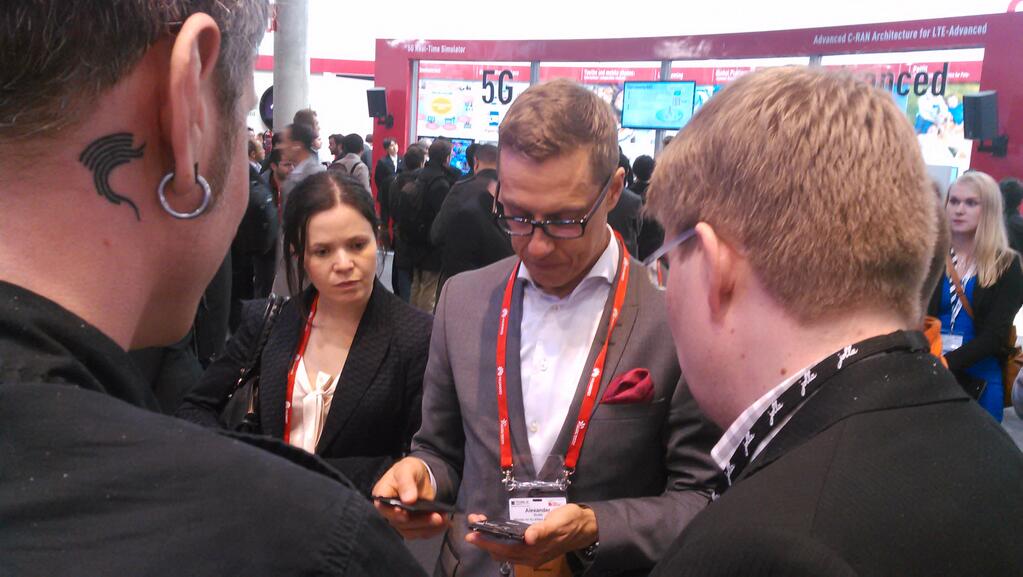 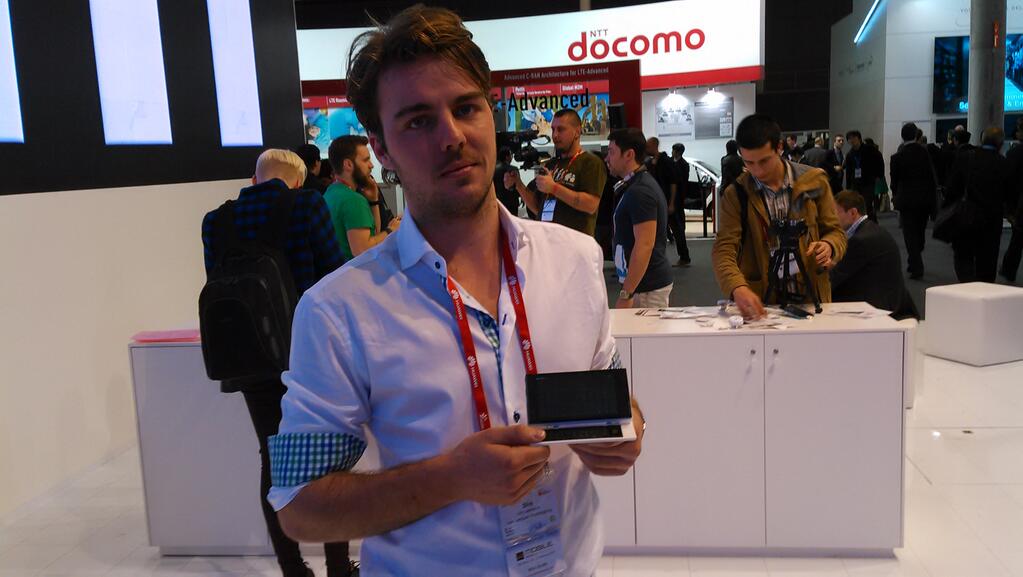 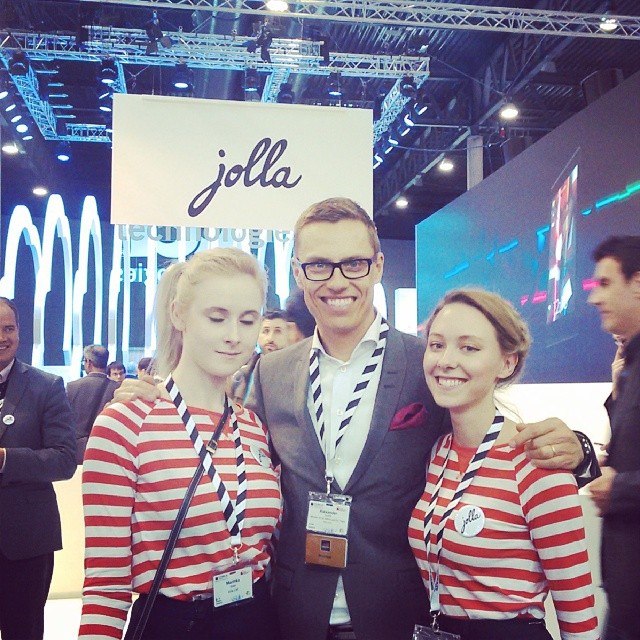 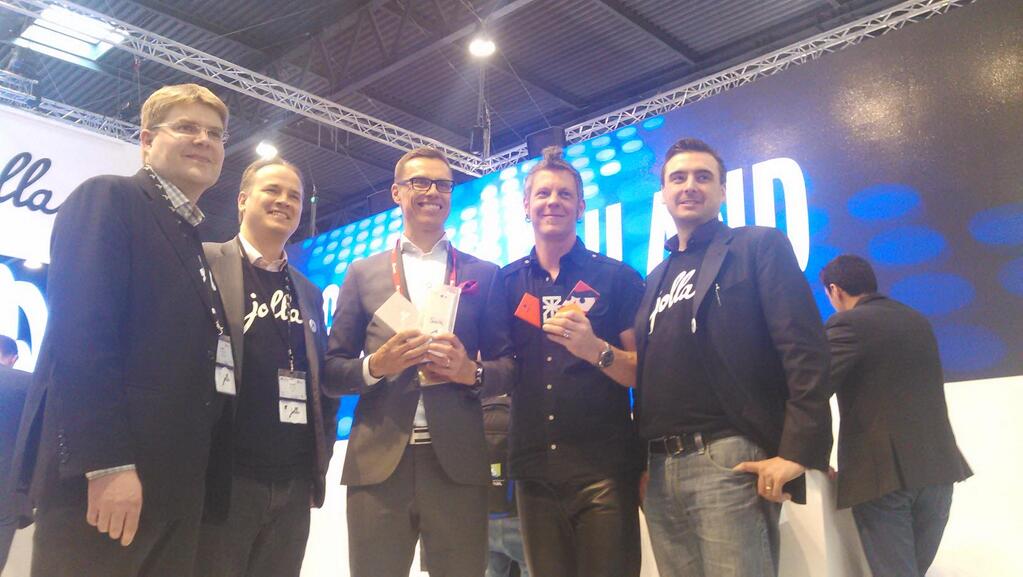 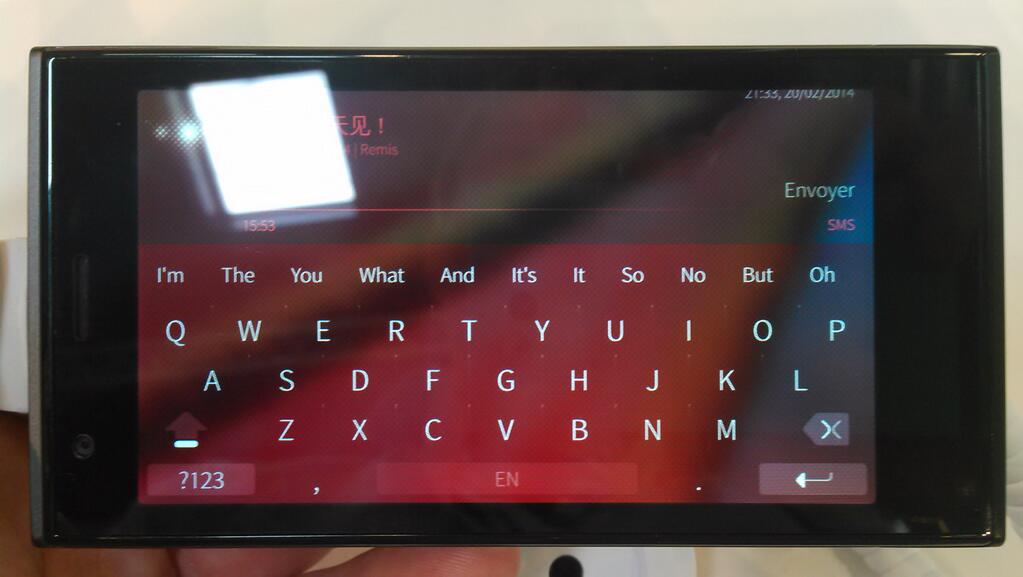