Hi everyone, let's DIT (Do It Together) to help:

[POPULAR] Sea of information
Great search tool for information on Sailfish OS. You can limit your search to the community, to the official sites only, or to this site - just as you wish. Look out to sea!

[POPULAR] Your Review of Jolla phone
Average evaluation of Jolla phone from hundreds of end customers. Please join this! Contributing after each system update enables delivering the most reliable data to Jolla Sailors too

Jolla phone retailers worldwide
Interactive map and the list of current retailers. Simple form to report a new retailer not yet listed. See who is selling Jolla phones.

Competitions with Jolla related prizes
List of past, ongoing and any known upcoming competitions anywhere. Simple form to add a new competition to the list

On which devices Jolla launcher works?
Interactive table added after some reports - we've just started. Simple form to report how the launcher runs on your Android.

How does different Sailfish and Android apps run on Jolla?
Reporting any apps is extremely useful for both users (Jolla owners), app developers (3rd parties) and Android support developers (myriad Alien-Dalvik / Jolla). Both the tool and all the reported devices are visible on the same page. New reports are updated to the sorted table monthly. 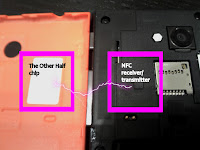 [On hold if needed again] Jolla battery life
The tool is left open for possible future needs. Great example of a successful community work: With more than 100 user reports sent 2013 we managed to locate the NFC bug together, report it to Jolla, and get a fix in a short time. The story so far:

The Tools listed are used in DIT spirit in the unlike Jolla community. To add any tool to your own site/blog, just ask the embed code via reviewjolla@gmail.com