This page is about the promises and claims regarding open source Sailfish OS.
FOSS is an abbreviation of Free and Open Source Software
Last update on November 2, 2017

Currently not.
Sailfish OS is proprietary software of Jolla Oy, Finland (license).
However, the software includes a lot of open source licensed components.

Unfortunately, some people in the marketing is/are continuously expressing Sailfish OS as open source, leading that the media all over to world makes mistake presenting it as one. Last time this happened by Los Tiempos and La Prensa, two quite big magazines in Bolivia, after the latest Sailfish OS phone 'Accione' was announed by Jala.

So, is it going to be open source licensed?


It's not annoying really :) circumstances and lack of resources + a lot of projects that keeps our resources busy haven't allowed us to get to open sourcing yet. As you know, it's not as simple as opening the source and making it available to the masses. There is loads of documentation to be written, testings to be done, etc etc. We haven't had a chance to put that in our priority yet. SOURCE (community meeting)


We have a plan of open sourcing more of the components, and Silica would be part of that. So far we haven’t been able to open more components as our investors have been very cautious due to financial situation. -- If our customer work proceeds nicely, as it looks now, then we should be able to proceed with opening up. SOURCE (community meeting)


Previously we’ve also mentioned that we’re working on the further open sourcing of Sailfish OS. We have now taken the necessary steps and preparations to enable us to further open source Sailfish code, in particular in the areas of apps and UI. We have a decision process ongoing but you should expect exciting news on this during upcoming months. SOURCE (blog)


November 29, 2016 Sami Pienimäki, CEO, and Antti Saarnio, Chairman of the Board, Jolla:


“We are working on that,” says Pienimäki. “We are currently looking for a step-wise model that we would be opening further in the application and the UI layer. We will share that plan in more concrete detail once we have it more fully available to be implemented. But that’s something we remain committed to.

“As you can maybe see also from this collaboration model together with our licensing customers they also prefer a very much open source, collaboration type of a model in combination with the licence.”

“Open sourcing is actually an investment from our side,” adds Saarnio. “It doesn’t happen in that way that we just simply open source the code and then think that everybody’s happy. We have to build support processes for this so that the community can actually make something meaningful out of the open source code.

“And it’s not a small investment from our kind of a company… But we are committed on proceeding on the same path… But it has to be a carefully managed process — otherwise you don’t get any contributions.” SOURCE (Techcrunch interview)

For more mentions of "open source" either as a promise or an existing feature, see subtopic 6. 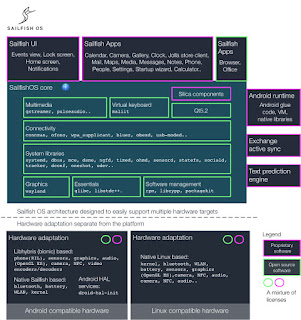 While the OS as whole is proprietary, there are several open source licensed components among the software packages.

In practice, Sailfish OS has an almost open core, topped with proprietary user interface and the most of the essential apps. 3rd party commercial parts are proprietary too. Having proprietary hardware drivers under the core is typical for all mobile devices.

Overview on this image shows which components are open. More details on subtopic 4 and on the comments below the post. Image source

Sailfish OS user interface is open for contributions for its translations under separate terms and conditions. Jolla has shared the language files of Sailfish OS open source components, and of its proprietary components.

Unfortunately, the service in use (Pootle) does not enable filtering the files by the component's license, and neither is that license shown anywhere. For those contributors who are willing to join only open source projects, picking only these files from the list (currently 84 files, of which about 10 are for translating open source components) is practically impossible. Anyway, here's a couple of examples of language files for translating components carrying an OSI compliant license:


A mid-term review based on licenses of packages on Sailfish OS. Image from this review is still up to date for Sailfish OS 2.0 (Thanks for confirming this to us Ossi1967, see comments below) 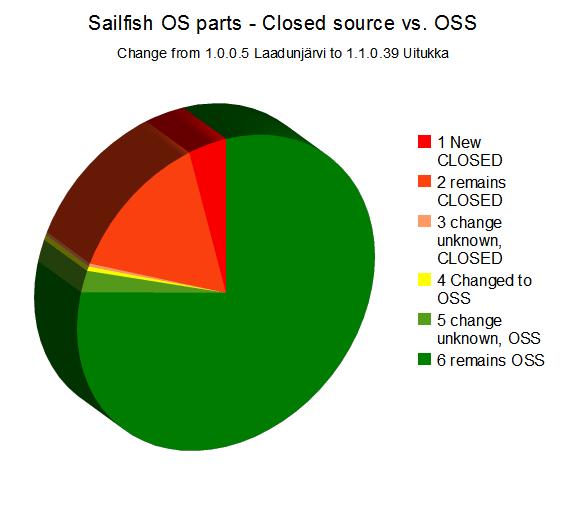 Jolla or their partners have used words "open", "openness" and "open source" in the marketing of their software. Wrong usage of "open source" during Jolla Tablet Indiegogo campaign was also publicly notified by OSI on 2015. Few examples, latest known on top: 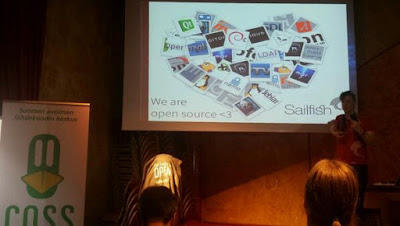 The following articles, originally mentioning "open source" have been corrected with a later update: 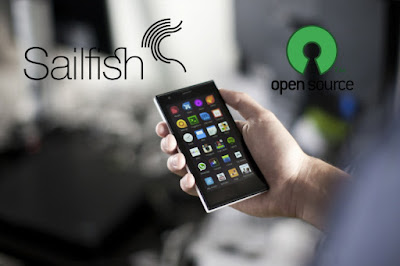 From the lists above we can clearly guess that the misuse of terminology is intentional and it's been going on for several years, despite the reaction of OSI. This misuse might have played a role in

8. Where to find more information?

Open Source license situation has been discussed mostly in SailfishOS, open source, collaboration meetings. The meeting schedule and topics. You can also find other related questions on TJC.