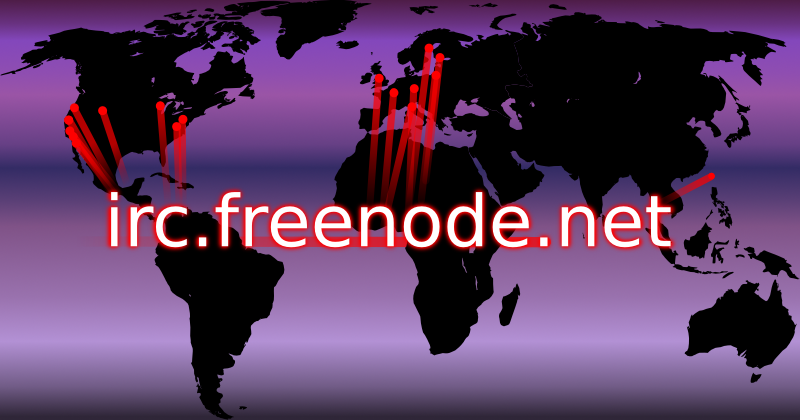 Image: freenode is only one of the multiple IRC networks online around the world. Each network has several channels, but every user can also open an own channel and invite another user(s) to it

Messaging with Jolla, out of the box, is possible with email, SMS, XMPP (prev. Jabber), Facebook and Twitter. Developers have extended messaging possibilities with native Sailfish OS apps like 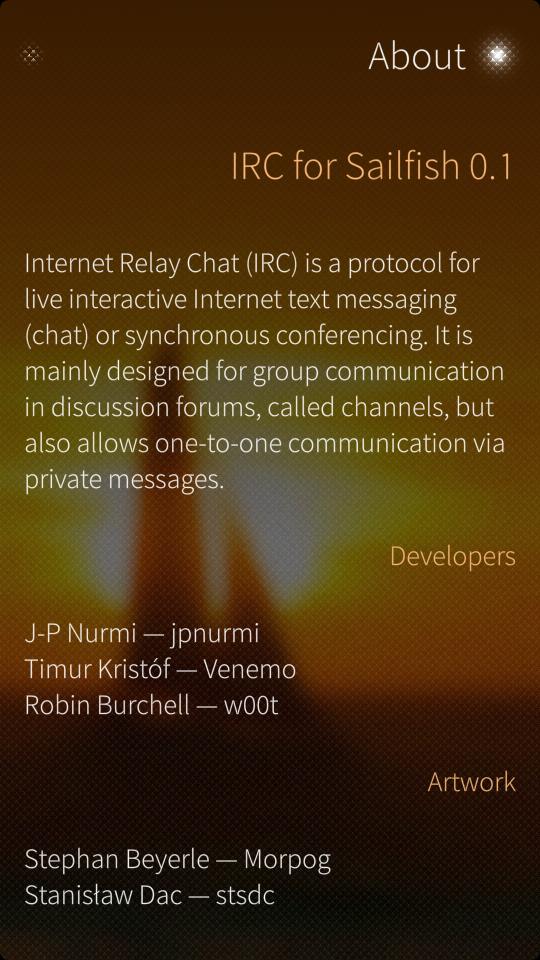 IRC for Sailfish 0.1, developed by J-P Nurmi, Timur Kristóf & Robin Burchell is available in Jolla Store. It's a full working IRC client, despite the version number, and it takes full advantage of Sailfish pulley menus from all four directions. 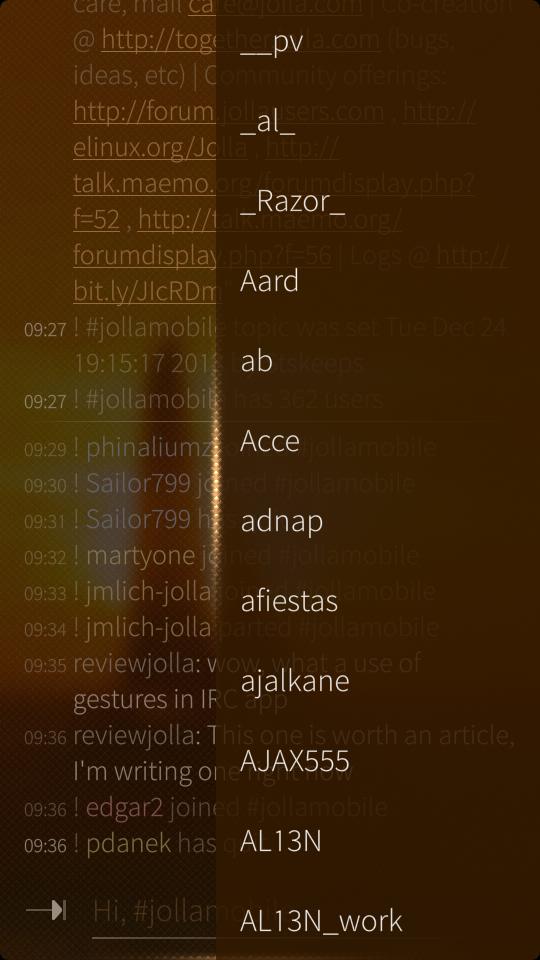 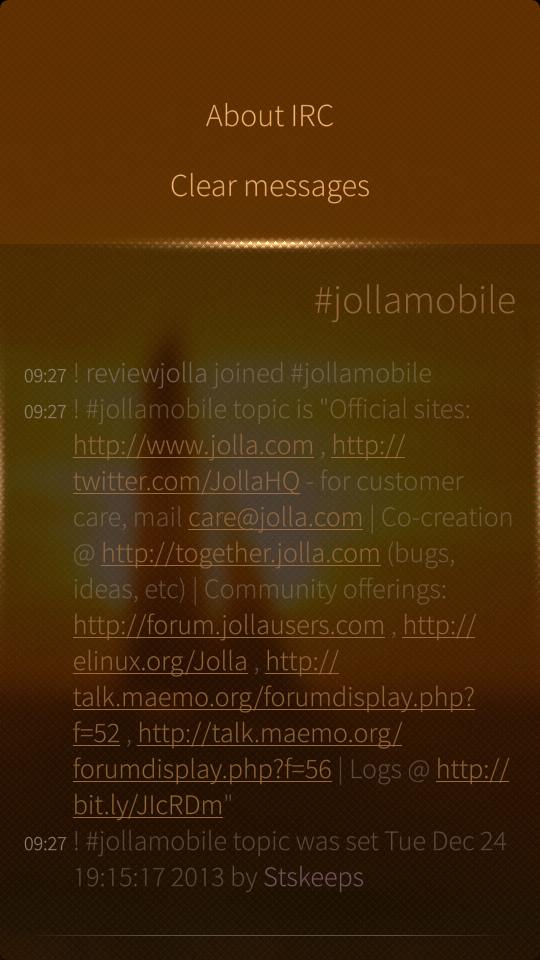 Above: Flick down open a pulley menu with a clear option 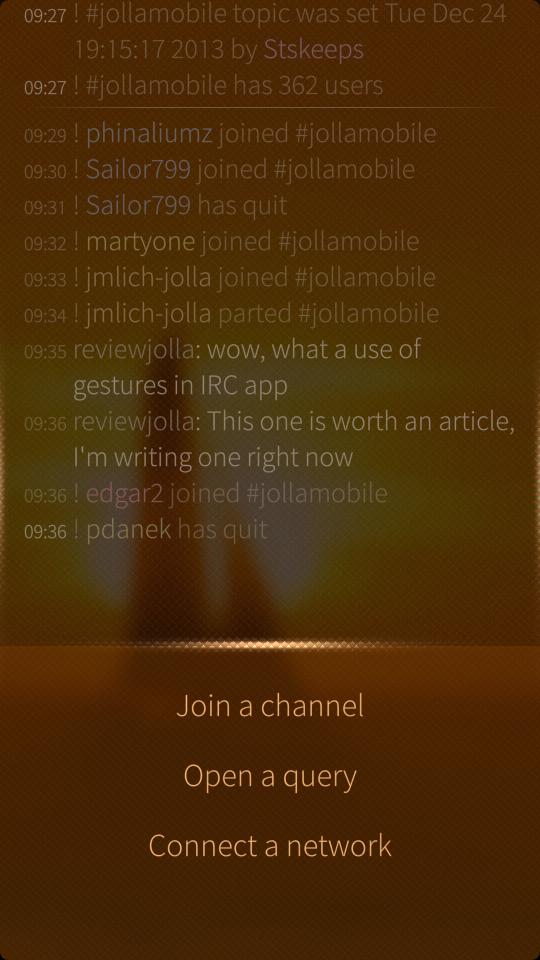 Above: Flick up opens another pulley menu 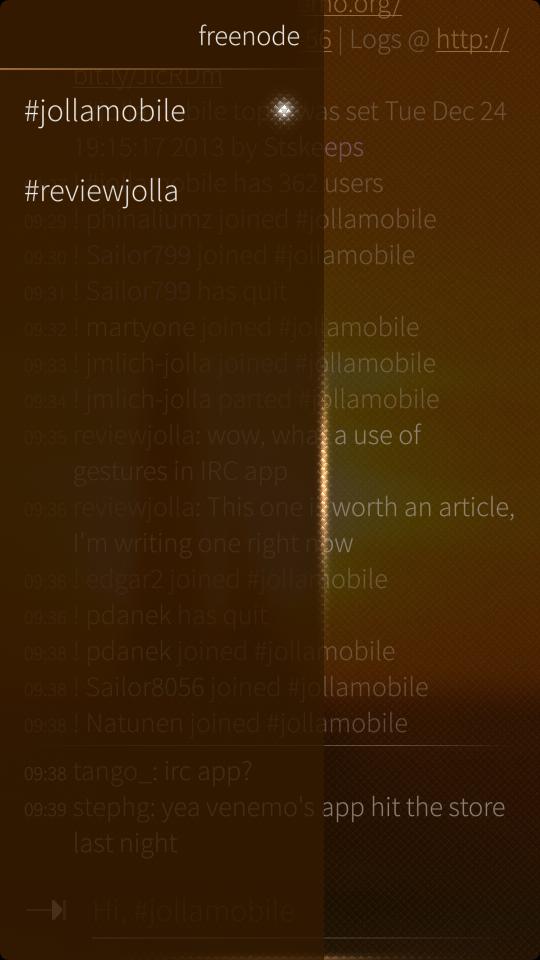 Above: Flick right shows your current active channels. Hold on a channel name enables removing it from the list. 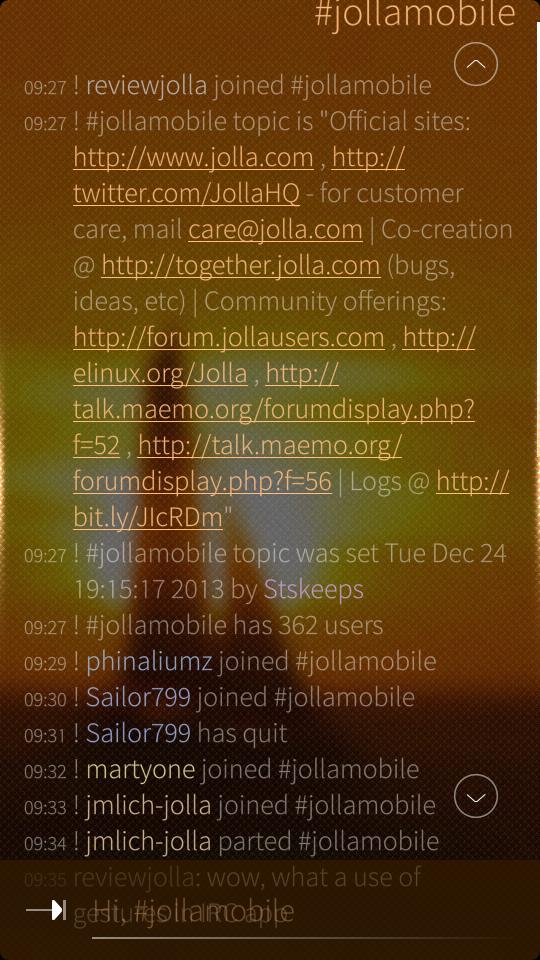 Tapping a link opens it in a browser. 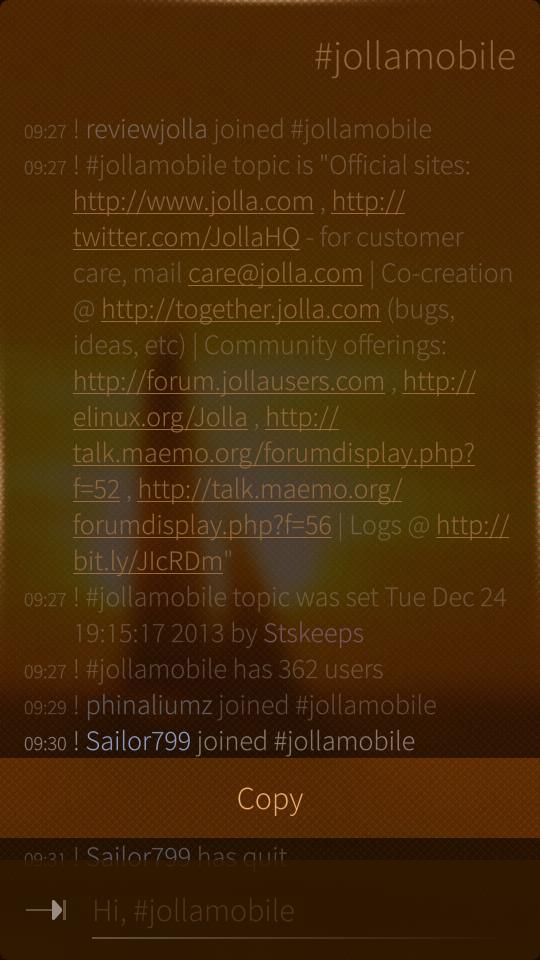 Hold on any message enables copying it to the clipboard 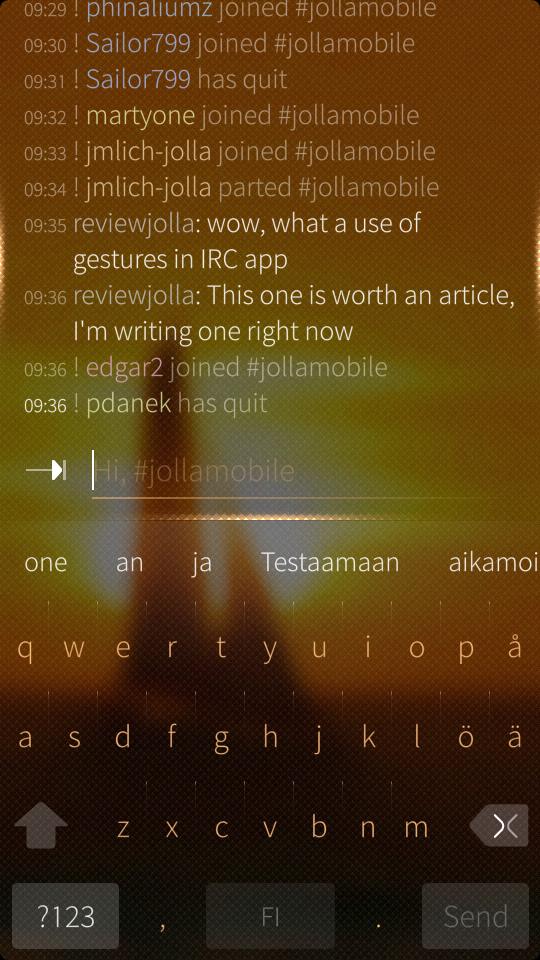 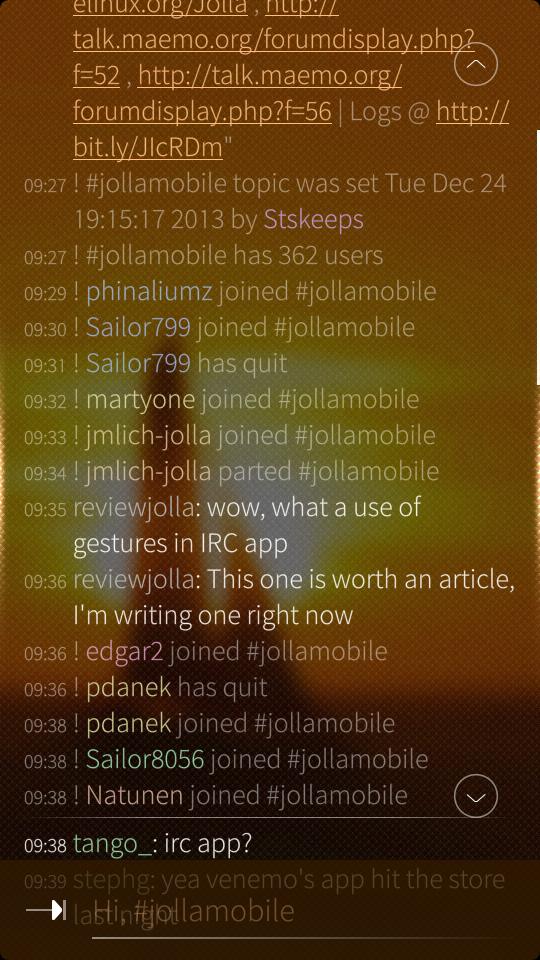 Reviewjolla wishes to thank developers for apps likes this - they make our Jolla's #unlike!