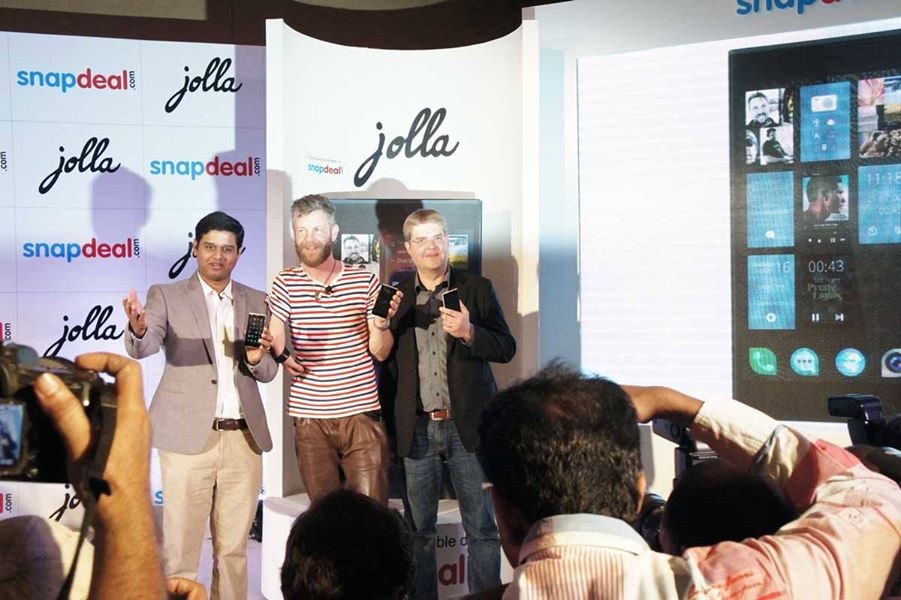 Jolla, the new smartphone from Finland now available in India exclusively on Snapdeal.com

Jolla is a new Finnish smartphone running on open mobile operating system Sailfish OS. Based on the heritage of Nokia and Meego,  the Jolla smartphone offers a distinct user experience, unlike any of the competition.


“Today, we are extremely excited to announce the availability of the Jolla smartphone and  Sailfish OS in India, offering a true new alternative to the smartphone market. The most widely used mobile OS is rapidly colonialising the digital world, removing any sort of differentiation and turning the once exciting smartphone business into a hardware battle. Jolla smartphone with its open and independent Sailfish OS, is bringing excitement and freedom back to the smartphone industry.”


“This is one smartphone that a lot of people in India have been waiting for and we are glad to be exclusively launching Jolla in India. With its independent and distinctive Sailfish OS mobile operating system,  gesture-based user experience and Android  application compatibility, Jolla and Sailfish OS offer a great alternative for smartphone users looking for something new and different. We at Snapdeal.com strive to offer our 25 million+ users top quality, exciting products with great prices, and  Jolla is a great addition to our smartphone category.”

The Jolla smartphone represents simple and bold Finnish smartphone design heritage  in its purest way. With its pure lines and clarity, Jolla feels sleek and just right in your hand. The  button-less, gesture-based  user interface, designed for optimal use with just one hand, offers an unrivalled user experience, which is fast and simple to use. With its livemultitasking, Jolla is the only smartphone that shows all your running apps on one screen, without having to open and close them.

The Jolla smartphone supports all your favorite Android™ applications as well as intuitive native Sailfish OS apps, which makes Jolla an easy choice for smartphone consumers.

The Other Half: make Jolla the other half of you!

The Jolla smartphone also introduces a previously unseen combination of hardware and software innovation,  called “The  Other  Half”. By attaching specifically designed smart covers, the smartphone becomes alive and unique, utilising preset ambiences and functionalities, such as colours, fonts, sounds, profiles, and applications. Manufactured from ultra-durable and scratch resistant polycarbonate, “The Other Half” is the soul of your Jolla, delivering a personal and unique experience.