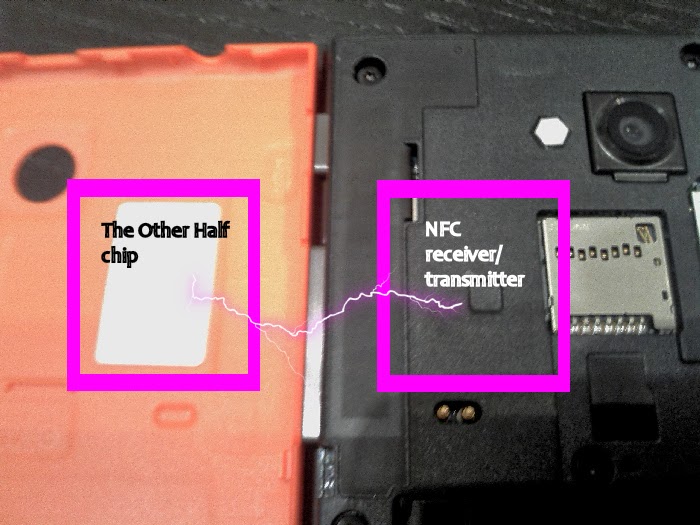 
There is a bug, some processes caused by Android support are left running on the backgroud causing extra battery drain. More reports with different Android apps running (list them in your comment on the last page) would be very useful at this point, please contribute: User Report Tool


There seems to be another Jolla power consumption issue after installing Sailfish OS 1.0.7.16/18 Saapunki. This is suspected to be related either to Jolla Store or Android support. You can notify this bug as a huge increase in your Jolla's power consumption, also heating the phone up, feeling very warm in your hands. New reports with/without Android support installed might be great to hunt this one down


Great news - Installing Sailfish 1.0.3.8. Naamankajärvi fixes the NFC bug. For those who did the mask-workaround for better battery life: Jolla has confirmed that tohd.service can be left masked while updating system. This means that you can remove the mask either before installing the update or afterwards. Personally I'm leaving it on at this point, as I have no use for TOH connection yet. To enable the connection with your Other Half again (removing the workaround), here's a detailed HowTo

Sailfish 1.0.3.8 also changes the way of The Other Half connection. When attaching TOH, the ambience changes only if it's marked as a favourite, or in the first time when TOH is connected.


After 90 reports posted with User Report Tool,  and 10 more received directly from friends, I've managed to estimate some power consumptions of most elements in Jolla. A big THANKS for everyone in the community for using the report tool - this would have been a slow (or impossible) project without your help.

In general Jolla's hardware parts have a reasonable power consumption, especially those in the Qualcomm chip (processor, connectivity, graphics, memory handling). The main problem is Jolla's NFC connection with The Other Half - that's quite a power sucker, considering it seems to be on all the time. It actually seems to reduce Jolla's standby hours from max 500h to poor 48h. Removing The Other Half, or the white chip inside it (Update, see comments) fixes the problem. We don't want to do that! Unfortunately there's no setting for turning the NFC off, but maybe after this article Jolla start to work to offer us one. NFC connection sucks the battery about 2% per hour.

As usual in modern smartphones, the screen is the biggest power sucker, also in Jolla. Jolla's IPS LCD screen is worse than some OLED screens used in other models, sucking the battery 5% - 10% per hour. Recommended to use dark tone ambiences and as low screen brightness as reasonable.

Then comes the graphic chip, processor and data transfer - but as already said, Qualcomm has actually done a very good job with these in their Snapdragon 400 chip which Jolla is using. Anyway they matter, so if you really want to see the percentages drown, try playing a powerful online 3D game with full screen brightness.

Below, power consumption in different cases is listed as percentage/hour & the usability time

The effect of NFC connection with The Other Half

Above, the 4th dot is maybe the best to describe the normal standby hours of Jolla, so let's calculate some more with that. NFC itself, when in use, eats the battery with a speed of 2% per hour. Using this value we can calculate that the stanby time of 30h mentioned above, or 20-40h variance of it, would rise to 38-250h when removing The Other Half.


To confirm this result

This result is based on only 4 tests where The Other Half was removed, two of them done myself. At the very moment I'm running my third test with even SIM card removed, and after 13h my battery shows 98%. Anyway, for even more reliable confirmation, I've added the selection to the last page of User Report Tool. Now I wish that many of you will reports new test results with The Other Half removed. To people who have already sent reports: It would be ideal to repeat the test with exactly the same other settings (please mention this in comments when posting).


Thanks to the community

As mentioned, this finding wasn't possible without the great community work of several Jolla owners. Special thanks to jollatides.com & jollasuomi.fi for sharing the User Report Tool for their readers.

I've sent a link to this article and to the user reports data to Jolla customer care. Answers will be commented to here, if I get one and if it's ok for them - maybe they will also confirm the problem.

In the end, I hope our great community work, multiple user reports and this article will help the whole community to have, in time, even a better phone. We are Unlike! Thanks once again!


UPDATE, Picked up from comments: Two possible workarounds (Software solution and Hardware solution) until Jolla comes up with a Sailfish hotfix

A) Software Solution with developing tools

(Please check Important below before you start )

B) Hardware solution with foil

Both of these solutions fixes the battery drain problem (tested). I recommend the upper, but if writing to a Sailfish terminal scares you a bit, just go with the HW solution. It should work as well, if there's enough foil. You might also just wait for a while, as reading the comment below written by Harri Hakulinen (Chief engineer at Jolla) we can guess that the hotfix won't take forever. Isn't it just great how Jolla community and Jolla the company can do things faster together? Now let's give them and ourselves a well earned Christmas holidays, and let's be patient while waiting for the Sailfish update fixing the problem.
Tunnisteet: battery, battery life, bug, Jolla, NFC, power consumption, power drain, tips
Newer Post Older Post Home