The title clearly recalls this post by Jaakko Roppola, Senior Designer at Jolla. Now, I'm a huge fan of him, I love his vision. I was lucky enough to have a brief conversation with him at the Jolla office in Tampere and I actually like his point of view in that post, but I'm also a fan of underdogs - otherwise I would not be here. I like to see the other side of the coin, so let's see why in my humble opinion the status bar still has something to say.


All in all, for some reason it looks like the status bar is die hard and those OS' that tried to kill it failed (anybody said Windows Phone?) - it is, along with horizontal-scrolling homescreens (what a coincidence!), one of the few points that mobile OS' have in common nowadays. Even on the new Sailfish OS 2.0 it shyly pops on both the home and the lock screens - and those 20 pixels of screen estate wasted have brought some rage among the Sailfish OS purists - so, at this point, I may put myself under the storm saying that it could still be useful even inside apps.


Let's ride my sick fantasy for a moment and imagine to implement it in the current Sailfish OS. Ideally (and with not that much fantasy, actually) it can be placed right under the pulley menu indicator (some apps even use a persistent header which stays on top and doesn't scroll with the content, so there's already some space). But we want to take it further, right? So in those apps with no persistent header it would scroll with the content, to not waste precious screen real estate. This tiny bar would enable two interesting scenarios:


Why should we be forced to use the ambience menu OR the swipe to close? As a reference, let's take the MeeGo Harmattan (which UI/UX-wise is imho still among the best and it's proven to work) implementation: 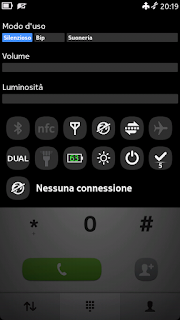 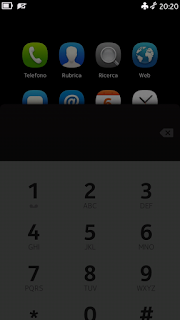 Pretty straightforward, isn't it? But I do think that the second scenario may be even more interesting:


What may this multitasking-focused OS lack? A quick switch between two (or more) apps currently open - something which Ubuntu Touch and even the new iOS (which is, by tradition, quite resistent to changes) have already. This, in some cases, would be faster than looking for the app itself in the "one swipe away" app tray and one action less than swipe to home+tap on cover. So, in Sailfish OS a flicker (defined as a swipe that starts inside the display) on the status bar would let users switch between the currently open apps. Aren't you convinced yet? Let's take as a reference, again, MeeGo Harmattan with the Cyclotron mod:

I may sound silly, but bringing back the "evil" status bar would actually further enhance Sailfish OS multitasking. To me, this is quite cool, isn't it?


This is the simpliest way I could come with, as I think gestures should be as coherent as possible throughout the interface - this excludes swipes from the left/right, top/bottom, corners, L swipes performing different actions.


Thus said, do you think a quick switch between apps is worthy having that hideous bar back?

Comments are warmly welcome, just please put aside for a moment the rage against the "damn" status bar and think with an open mind. Love.


Francesco Vaccaro is the editor in chief at Jolla Community Italia, and I was only happy to share his English editorial here when he asked. If you have Italian friends, or you're into learning the language, don't miss his posts on that great Italian site, or his updates on Twitter @JollaIt

The unlike Sailfish OS community, Doing It Together. Thanks Fra!