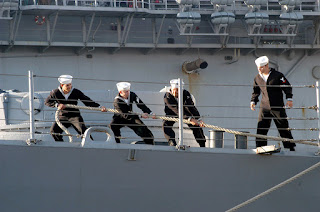 Sailors at Jolla to get back on board

Lay-offs of 70 employees at Jolla have all been canceled, and Jolla is currently recruiting back their key resources. The aim is to continue with about half of the amount of Sailors compared to the situation before the lay-offs.

End of the year is perfect time for some good news, and this is not the only one. Teaser included

News on lay-offs were shared on November 19th. Now, just one month later, There's some more positive news to share:


"Lay-offs has been canceled. We are currently discussing on personal level with our employees to recruit the key resources back, but many of the employees chose to cancel the contract of employment during the lay offs.", says Juhani Lassila, Head of Communications at Jolla

The lay-offs are not needed any more now that Jolla's financial situation got better. The community might be interested on who's actually getting back on board, but this is still early to tell. However, it seems that at least half of them might be sailing soon:


"Most of the laid-off employees were still under notice time, meaning that their work was not completed either. While the discussions are still going on I can't comment further on who's getting back on board and who's not. The aim, at least now in the beginning,  is to continue with about half of the previous amount of Sailors", Lassila adds.

Jolla will have a board meeting to discuss on the future activities, including what to do with the Jolla Tablet campaign which shipping is currently frozen, after Christmas time. Juhani Lassila:


"The continuation of different high concentration areas at Jolla will become apparent during the end the year, and we'll get back to that later." Even more good news coming up


Sailfish OS porters, community group working voluntarily to get the operating system running on several different smartphones, has lately done some great success on porting Sailfish OS for Fairphone 2. and we might soon be able to add this great phone into the list of smartphones currently running Sailfish OS.

Credits of this first port goes to "mal-", "vakkov", and Philippe De Swert. Great work all of you, Sail On!