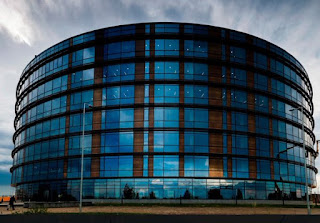 May 6, 2016, Innopolis, Tatarstan, Russia. New company "Открытая мобильная платформа" (Open Mobile Platform) is about to begin the development of domestic Russian operating system for mobile devices. The new mobile operating system is suggested to be based on components of Sailfish OS. The company is already hiring employees. Russia aims to reduce the use of foreign mobile operating systems from the current 95% to 75% by 2020, and to 50% by 2025. Android and iOS down?

I requested more information about the news below from Jolla. Here is the official update via Juhani Lassila, Head of Communications at Jolla, Finland:


"Jolla Ltd. has licensed Sailfish OS to a Russian company Open Mobile Platform. This company was established in order to localize Sailfish OS, enrich it with domestic Russian services and preinstalled applications and to adopt it for Russian smartphones and tablets. During this work developers of Open Mobile Platform will contribute back to open source part of Sailfish OS project"

"Open Mobile Platform is not only promoting its Sailfish OS based product but investing own recourses for Russian Sailfish OS community support. Jolla continues developing and licensing Sailfish OS, and actively participates in the related open source projects."

Grigory Berezkin, Member of The Board at Jolla currently owns 80% share of Votron making him one of the biggest individual owners of Sailfish OS. Sailfish Holding located in Hong Kong is a parent company behind Finnish Sailfish OS. Other owners are at least Jolla from Finland and private investors in Russia, China and Italy.

Mr. Berezkin founded the new company OMP via Votron with his partners, the main goal of their product (OS) being "successful competition with the Android operating system on the cost of mobile devices market".

For their employees, the new company promises to rent housing for 7000-10 000 RUB, free kindergarten and school, medical center, gym membership and a modern office. Salaries are expected to be between 70-150 thousand. If you're a developer living in Russia, Open Mobile Platform is currently hiring

In the last summer Jolla reached a remarkable victory over Samsung in a work group in the Ministry of Telecoms and mass Communicatios in Russia. Sailfish OS was selected over Tizen to be presented in a foreign import substitution program aiming to support Russian software development and to reduce the amount of American operating systems in Russia. For the backgrounds on Russia's plans, please read this post

Minister of Telecommunications, Mr. Nikolai Nikiforov introduced the plan using Sailfish OS as an import substitution in a program requiring 2.2B RUB from the governmental budget.

This plan was not supported with governmental financing, the Ministry of Economic Development finding it "unreliable".

Still, the main goal remains. Russia is to support the usage of domestic software, and using foreign mobile operating systems should be reduced from the current 95% to 75% by 2020 and to 50% by 2025. It was time for a private money to step in.

The head of OMP is Pavel Eyges, formerly McAfee's director for Russia and the CIS and also a current Member of The Board at Jolla.

"Creation of an independent open mobile platform that could meet the demand of both large companies and organizations in the construction of trusted mobile solutions, as well as receiving a mass market of consumers in maintaining privacy when using their mobile devices. Among the short-term goals of the company - to create a system and ecosystem core corresponding to the needs of the Russian market and regulatory requirements. In a longer term - promotion on foreign markets."

Kommersant in Russia shares that open components of Sailfish OS are being used in this new domestic operating system, and that negotiations have begun with Russian Electronics to use this operating system in a Russian smartphone to hit the markets for less than $200.

While two of the Russian Jolla Board members are highly involved in OMP, and also the ownership of Sailfish Holding is strong in Russia, we might speculate if Sailfish OS could currently been seen as a Russian or as a Finnish operating system. If a Russian one, we might actually see the development of the whole OS moving to Russia while companies like OMP are being put up. I'd call Sailfish OS at least Finnish-Russian at this point, and in my opinion these countries have good relationship also in the governmental level. It'll be interesting to follow this news story.

On the Board at Jolla there are currently three Finnish members, three Russian members and one Italian member. The Head of the Board is Antti Saarnio, one of the co-founders of Jolla, currently living in Hong Kong.

I'm also speculating if the device suggested by Kommersant is different from the one by Intex (India) maybe entring the Russian markets with their Sailfish OS smartphone model. Intex Aqua Fish was introduced on February during MWC16.

Mr. Nikiforov has also tweeted these nice pics of the new company: