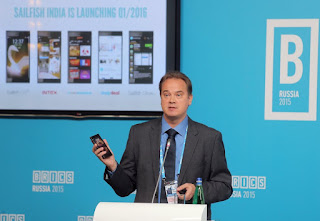 The death valley, Jolla's third one, started when Jolla didn't get the financial round C of $10.6M closed in time. Jolla shared news on lay-offs, search for debt agreements and finally filing for debt restructuring in The Court of Finland. December 2015 brought Jolla some new wind into their wavering sails when they got the round C closed, but without disclosing the amount of financing. The hardest hit was taken by ongoing Jolla Tablet campaign, remaining without the final resolution but the customers currently being refunded by half.

Today, Jolla shared positive news on that they've received all together $12M since December 2016, suggesting that the round C financing ($10.6M) was eventually completed with some extra. Antti Saarnio, Head of The Board at Jolla tells that this secures Jolla's main operations: Developing and licensing the gesture based mobile operating system Sailfish OS for the end of this year.


The most positive parts: New employees, debt agreed
On the "upcoming" department (read as promises)
Analysis: Why such news, and why now?

It's obvious that first of all Jolla wanted to shout out loud that they are alive and doing well with their core business. This is important for both their business partners, possible new partner candidates and the community. The press release manages to ease the press, hopefully the positive side affecting both in the community and within the sailors on board. The times haven't treated them exactly nice in the past months, maybe even for a year.

Second, they needed to share something about the current delays to keep up with the openness expected by their valuable community. They've had enough of nasty comments during the TabletGate regarding their communications, and reading this press release it seems that Jolla has taken the lesson. Few parts might be seen as vague, but the most parts are written with openness up front as much as currently possible.

Third, including a few things from the upcoming front is most likely to support some positive buzz hopefully spreading. The community is surely interested on a special device addressed to them in the upcoming program, currently hidden behind the curtains. We know about an upcoming translate tool, maybe Jolla is going to reward their community on this?

On the timing, it could have not been better. Just before the delays might have been asked about, especially regarding the India launch and the refunding process, and on spot for raising some positive buzz within Jolla / Sailfish OS supporters. The correct timing reduces the stress also for any general worries on how the sailors are actually doing there? Just fine, it seems.

Analysis: What was left untold?

Nothing about Fairphone and Jolla having negotiations going on was a surprise to me. While the Fairphone 2 could be seen as the current unofficial flagship device for Sailfish OS, among with OnePlus X and Nexus 5, and while there are no official devices currently available, it might be that one of these is related to the mysterious "special device" and so left unmentioned.

Left out of the financials news was the source of financing. We know that the most of the funding on December came from Russia, India and China and it's clear that a big part of the company decisions are made together with the biggest financing parties (especially during agreeing on debts), leaving this kind of  information out is most likely a well reasoned business matter. Jolla is, and remains profiled as a Finnish software company.

In my analysis, I also need to mention the word "open" used in the first sentence. I was a bit surprised that Jolla didn't further explain what does that currently mean. Ok, Jolla is open in many ways, and with one exception the Mer core used in their operating system is open too, but everything open on top of the Mer core are two applications: Sailfish Browser and Sailfish Office. In other parts, Jolla's user interface is proprietary code. Jolla seems to be wanting to be profiled as a developer of open operating system, while the promise of publishing the scale of open sourcing "very soon" has its first anniversary in few weeks.

Great news and a great read both for the sailors, the partners and for the community. A press release filled with passion, desire, love, transparency and respect towards the community. Facts were stated clearly, not focusing too much on promises. Easily adapted by the media to write news on, enabling sharing the word out. Sailfish OS is worth getting to know, and I hope to see more posts like this from Jolla. At least it inspired me to dig down even between the lines :)