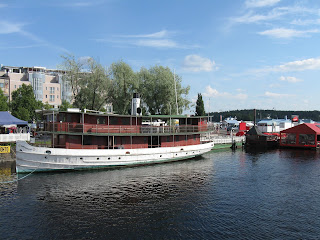 The real Sailfish OS 2.0 rolling out

Sailfish OS 2.0.0.10 Saimaa is rolling out to Early access customers on October 22, 2015 and for everybody on November 3, 2015. Already the name suggests something big, and maybe more open, as Saimaa is the biggest lake in Finland.

Update: This is not a full review as it was intended to be, as I run into lack of openness right in the beginning.

I started with checking the openness, but unfortunately I didn't run into much. There are no new open source licensed packages (by Jolla) on Sailfish OS 2.0.

For this reason I must share that I don't feel like writing a review on this version of Sailfish OS, and in general I don't even feel like blogging right now, so I'm putting this blog on ice while waiting for more news on open source Sailfish OS.

You can find the current FOSS situation here

For explanation: My free willing contribution, keeping up a blog sharing the Sailfish OS story, was based on knowledge that I'm contributing to an open source project. When I started this was still a published goal on sailfishos.org. Reading the latest promise by Antti Saarnio I set myself a time frame that at least the promised roadmap would be there when Sailfish OS 2.0 is released.


UPDATE, October 24, 2015: I've promised a Jolla Tablet review earlier, so there's still one more upcoming blog post and it's coming soon. Also while this blog is on ice, I was happy to notice that Jolla Users just got back on track in blogging. Recommending that for fans hungry for updates, and also James is writing a tablet review there around the same time. Check also the blogs with other languages listed on the side panel

UPDATE, November 3, 2015: Early access release on October 22rd was released for everybody today. No changes compared to the EA release. Update process goes via version 1.1.9.30 which changelog was not published

Thanks for your visit, (hopefully) until later!

ps. the pic on top shows boat S/S Suur-Saimaa [Big Saimaa], one of the historical steam boats still taking tourists out to this wide and open lake in Finland. Saimaa relates also to the history of Linux, as Linus Torvalds spent his summertime there during his childhood, and learned the most of his Finnish there too.