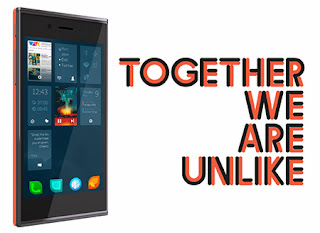 Honest opinions after updating from Sailfish OS 1.0 to 2.0 user interface

Posted by user hippy on TJC, this opinion shares a well written user experience on some of the changes Jolla made when trying to compromise smartphone and tablet PC user interfaces into one software. I mostly agree with everything said, and so does many others:

together.jolla.com is a forum where Jolla users shares their feature requests, bugs, ideas - and sometimes opinions. Long writings are rare there, as everything tends to sink into a mass of more that 12 000 posts, so I decided to give this one some extra visibility. Definitely worth reading through. Original text is by hippy, just the layout and a few typos are edited below:

Sailfish OS 2.0 - What happened to my phone?

Just two weeks ago I gave my Jolla phone to a friend (iPhone user) to show it off. The simplest way to explain the phone is to let people go through the tutorial. As response I got a pretty satisfying “nice, a bit slow”. Since Thursday after updating to SFOS 2.0 I am asking myself if my hardware is outdated. Now I get the impression that I have to wait for my phone while before I though it was tatty to say the phone is slow. Stupid me, I though that a dual core processor can solve all problems faster than before. I mean the pure fact that I have to wait for the lock screen to appear and finish it’s animation reminding me on my first Chinese touch screen MP4 player.

But then I realize that this is probably intentional and just another move towards the gadgeting my life to turn my mind away from the real problems in this world. Just another second, many times over in a day, spend on the gadget.

The next thing of course is that I want to get to home screen - and I nearly drop the phone. Swiping to the right with my left hand thumb and the phone loses its balance as it rest on my fingertips which from a spine along the vertical axis of the phone. Thankfully I managed to avoid the repetition of that experiment, balance to phone and get a cramp in my thumb instead. Then this though crosses my mind that the advertisement of the Jolla phone claimed that things are done different, and part of the OS design is to allow a single handed operation of the phone.

Phone or a tablet?

The second though is a memory on me wondering when I watch the advertising videos for the Jolla tablet PC, how will they incorporate some of the design changes in Sailfish OS 2.0 on the phone. The changes seem sensible for the Tablet as the use case is a different to the phone. Especially the single handed concept is not practical on the table. Thus the UX-design is completely different.


Now I ask myself, is it a phone or did it grow into a tablet PC overnight?

But then I realize that it is neither. It is just not considered properly.

On a closer examination I realized some typical Jolla design changes which accompanied many updates in the past. In general it takes some time and one can adjust to all changes. That does not mean that I would agree to all changes as I don’t find my personal taste reflected at all times. I must admit that I found the bulky vector graphic symbols at the start a bit ugly when I got my Jolla phone. Now I must say I like them for their simplicity and size. A large clock that is easily readable at all times and is never more than a short swipe or double tap away. Hold on, this is about SFOS 2.0, yes that clock is gone now, sorry! Same holds true for all other status symbols like signal strength and battery indication, bye bye.

I would say to be truly un-alike, Jolla should at least offer configuration options that would allow me to set the behavior up myself. Else I would say SFOS 2.0 has gone another step towards being alike all the others.

The bottom line of my user experience is that SFOS 2.0 is not a well thought out UX-design.


The strive towards a truly innovative phone operating system has moved towards a main stream.

It gives the general impression that it is a random assortment of gestures now without a clever design flow. Everything seems to be based on the motto: "We need to fit more features into the device to make it more competitive on the market." The old concept of SFOS 1.X which I would describe as less is more is certainly not kept. The realization for this came when I wanted to put the phone done after the fist user experience on SFOS 2.0. I swipe to lock the screen, the expected does not happen. I realize what I have to do and get a cramp in my thumb.

Aside, the new update exhibits bugs as before. I managed to crash the phone in less than 30 minutes after upgrading! Under the idea to check for more feature changes I wanted to see if the highly advertised feature to close all apps at once still exists. I hold my finger on the home screen, move it a little, and I see that the screen changes and crash. The pulley menu shows little blue bar crosses on the screen about 1/3 down. Hmm, time for a reboot.

Listing of  features that reflect the above experience.


1) Move back to the lock-screen. I did not think much of this, as it turns out, a “feature” until it was missing. Under the advertisement of handling the Jolla phone single handedly I found that doing a vertical swipe is easier than having to pick a symbol in the Application try. Thus I see the shortcut to pulley menu through the “lock screen” as an essential tool of the Sailfish OS. This feature also allows the home screen to be tidy and excluding all the unimportant information like BT and WiFi status, mobile network signal strength, battery in an out of site but not out of mind space which is so easily accessible.  [single handed, phone or table]

I would remove some confusion form the definition within the SFOS and rename the “lock screen” to “safe screen”. The initial idea of a lock screen was not to lock the phone using a code, but to keep it save from unintended usage in pockets and co.

2) Silence in the pulley menu. This was advertised in some of the promotion videos as a feature of the SFOS that one could even use it in a pocket without seeing the screen. A feature that was to that point reserved to non-touch screen phone. If in the church, in a meeting, in classroom or in other place where you face people that want your full attention and don’t like to be interrupted by other peoples phones. This feature was a big selling point of the Jolla phone and found great use on my phone. [single handed, less is more]

3) Moving from the safe screen to the home screen. This is a simple usability type issue. I can see that the new gesture is perfect for a Tablet PC but it does not fulfill the requirements for single handed use of a telephone. [single handed, phone or tablet]

4) Locking the phone was pre SFOS 2.0 a simple gesture which ticked all boxes of the single handed phone usage. In fact pre SFOS 2.0 I was always jokingly saying that SFOS is a Christian phone. To lock it just do a cross on the screen. To integrate a menu into the locking gesture removes the possibility to lock the phone on the way to the pocket as eye contact is required to lock it. It also increases the opportunity to get a RSI (repetitive strain injury) in the thumb when using the phone single handed as to long stretch, which is no required twice, does not end in slowly releasing the stretch. the second stretch ends in a tap which requires much tighter mussel control. [to slow, single handed, phone or table, less is more]

5) The time it takes to activate the safe screen with a double tap is a it of a joke. Sure iOS users have these animations all the time but they seem to be much more to the point and cause sub second delays. The SFOS safe screen takes 5 second to appear and animate on the Jolla phone. Is this some kind of April fools joke? [too slow]

6) The new animation of the pulley menu is kind of cute and certainly helpful to nibs to see what they are doing. As a SFOS user from the beginning I would think that something like this is certainly in desperate need of a configuration option and should be disabled by default for users that do an upgrade. The redesign, well, don’t matter to me. [to slow, config option, less is more]

7) The power button changes might be similar to the lock screen problem but they does not bother me to much. What is missing here is the feature to power off the phone regardless when press for longer*. Especially when the phone has crashed and the GUI is stuck, how do you power off the phone?


* Editorial note: On my phone, the device does shut down after a very long press on the power button. Happens when in app or at home.


8) App trays first row in home screen. Together with the change in (1) it is a real loss of the handling of the phone single handed, as the move to launch screen the Call up works towards the medical industry by increasing the risk of RSI. I.e. it is not practical as is. Unless I move the app down the the app tray, but then it's not in the first row any more. This feature has potential to be developed as it is kind of nice making that row disappear. Making it reappear under all circumstances with a simple gesture would make it usable. [single handed]

9) Home screen ordering of apps. This is changes which can be argued in many ways. As is it should have the feature reorder the open apps in the app close mode. I personally would like to have the old ways back. Thus, this has to be a configuration option in the setting menu. [config option]

10) The large clock which was accessible form any where with just a swipe or double tap on pre SFOS 2.0 is badly missed. At least have a configuration option for this one. [config option]

11) The new tiny status icons on the home screen and on the safe screen are just a step towards the way everyone else is doing things on a phone. SFOS looses the claim to be un-alike. [alike]

A couple of bugs are obvious on the new SFOS 2.0


* Editorial note: App cover enables stopping music on the home screen, but now with taps instead of flicks


13) The Bluetooth enabled status shows on the home screen but not in the safe screen. but my BT headset is streaming music.


As a conclusion I have to say there is one thing to try for me and two thing for Jolla to consider. For Jolla,
For Me, as my birthday is just around the corner,
The above text is meant as a serious critic to the latest Sailfish OS upgrade and shall aid to successful continuation of the Jolla initiative. I have promoted the Jolla phone and tablet to may people with some successes and must say that


I would refrain from promoting the Phone with version 1.1.9.28 of the OS.