Update: Important parts of the post below were later confirmed via official source


According to Russian newspaper Vesti, The Ministry of Communications of the Russian Federation called the company Jolla among the winners of the competition for import substitution of operating systems for mobile devices. Now representatives of this Finnish company and Russian software developers are discussing how to adapt Sailfish OS on YotaPhone.

In addition to the Finnish company Jolla, the winning consortium in the Ministry of Communications includes energoholding ESN Grigory Berezkina, developer ESC and Yandex, according to "Vedomosti". According to the publication, last week representatives of Jolla met with Russian leadership SEC ROSA, Alt Linux and people from YotaDevices. 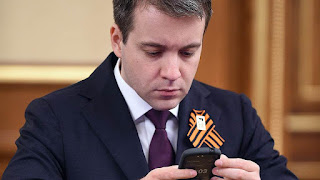 The meeting discussed how to modify Sailfish OS to be installed on YotaPhone smartphones. Currently YotaPhone first and second generations are running on the operating system Android, developed by the American Google. In practice it is possible, and the Minister of Communications Nikolay Nikiforov already have a YotaPhone 2 running on Sailfish OS.


"but it is probably not ready to be sold in stores."

The fact is that although the Sailfish OS is able to run Android-applications, Operating System does not yet support many hardware features of YotaPhone.

Finnish Jolla and its partners in the competition for import substitution competed on the basis of the project Tizen developed by Samsung. The cost of Tizen's implementation, according to the source "Vedomosti", was estimated at 1.23 billion rubles, 65% of which was supposed to receive from the budget. However, the Ministry of Communications chose the Finnish project costing 2.225 billion rubles, of which 1.89 billion requested from the budget. Arguments in favor of Sailfish: greater security of the system, and the availability of Russian shareholders of Jolla.

According to Hong Kong company registry on 8 April 2015, 9.72% of Sailfish Holding was owned by company Votron Ltd. registered in Moscow, of which 80%, according to the register, is owned by Gregory Berezkin, who's also the main shareholder of UST.

General Director Vladimir Rubanov of SEC ROSA and Alexei Smirnov of "Alt Linux" confirmed to Vedomosti that representatives of Jolla and YotaDevices have met and discussed of Sailfish OS revision. According to Smirnov, it would be interesting to connect to the global development of Sailfish OS and adapt the system to various devices, including YotaPhone. Rubanova agreed, writes "Vedomosti", attracted by the opportunity to expand the jurisdiction of SEC ROSA.

Obviously, the main goal is to release Sailfish OS on the platform of YotaPhone and get a secure smartphone for the Russian state authorities. Employees of the public sector and corporations may be interested in the operating system developed under the supervision of Russian companies. Some time ago experts of Natalya Kaspersky Infowatch estimated the market of such devices in Russia as 1 million units.

At the same time, reported from close to the source at YotaDevices, there are not yet any agreements or transactions between the Russian company YotaDevices and Finnish company Jolla.


Disclaimer: This post is to be taken as rumor only at this point, as there are no official news yet delivered by the parties mentioned in the post. For latest news (not rumors) on the topic, please check  https://reviewjolla.blogspot.com/2015/02/news-jollas-sailfish-os-presented-in.html