#MWC15 Interview: Jolla Oy as a member of its own community 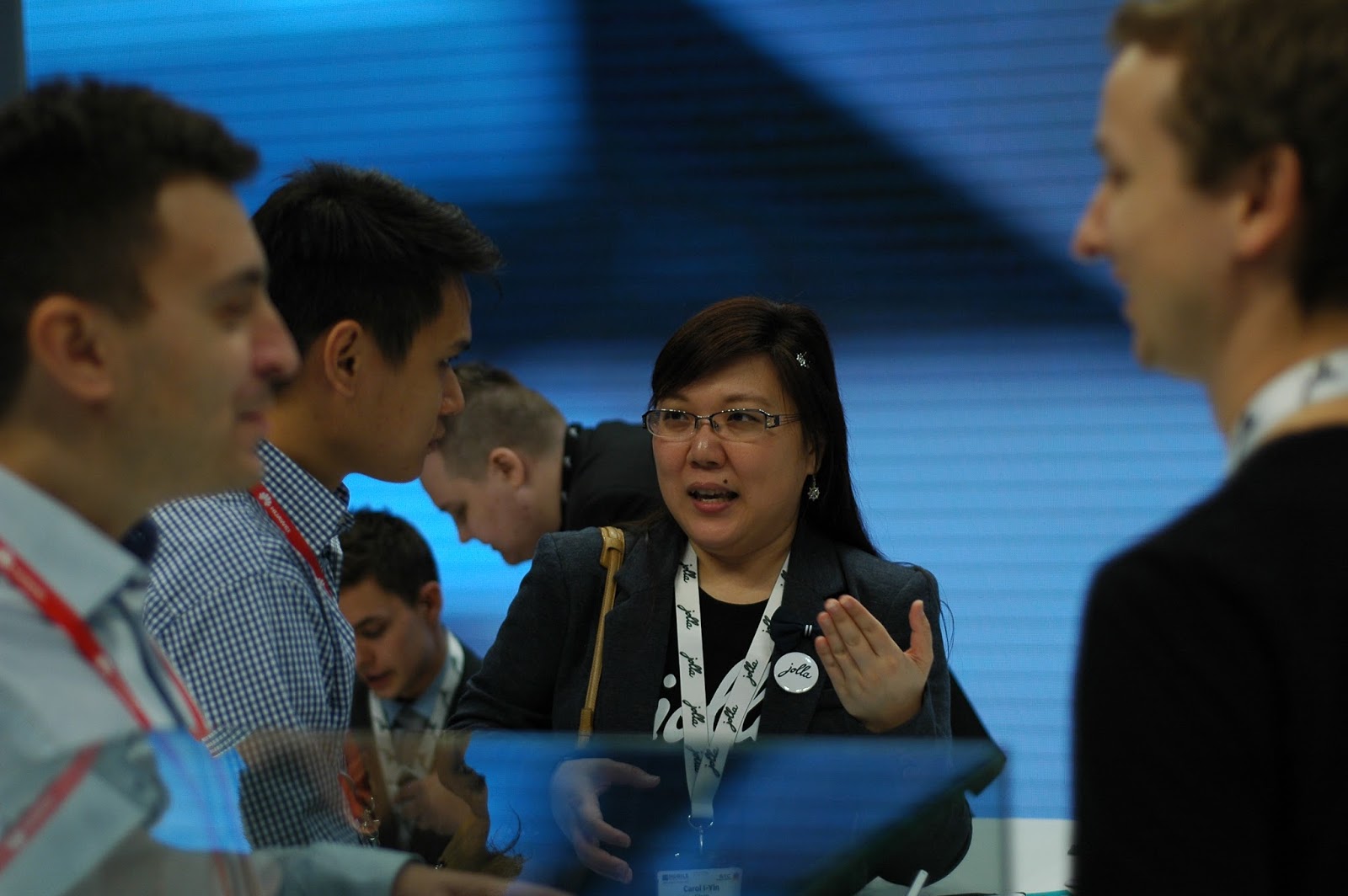 March 5, 2015, Mobile World Congress, Barcelona: This is a first part of a video interview trilogy on theme "Community Marketing". We start with a discussion with Carol Chen about a company as part of it's own community, especially the differences joining to community work as individual sailors and as a business oriented company.

#MWC15 Interview: Jolla Oy as a member of its own community

There are some restriction in the company policy which might prevent some sailors to contribute with full openness they might like. Also some business matters affect in sharing stuff, maybe delaying, or even preventing publishing.

Carol works in a position between the company and the community as a Community Chief at Jolla Oy. Her part isn't the easiest one, listening the opinions from both sides, fighting for the company and their community to understand each other within the sometimes limited levels of openness.

Starting from the 12th minute, I added two great question by our readers, both close to the topic in hand

About this video trilogy

The aim of my three interviews on this topic is to provide an insight to a new way of business thinking, "People Powered" as Jolla puts it, powering up the company with both people working there, 3rd party developers, Jolla's customers, and maybe even their partners in the future. The trilogy starts with the interview above, sharing some backgrounds on working together, and it continues on video interview with Juhani Lassila on topic "Global expanding - Getting Jolla brand known worldwide" Jolla brand and marketing. These two discussions are brought together in the last part, again with Carol, on topic "Community as a marketing channel". In the end of the last part we come up with a new term: P2P marketing (instead of B2C). Stay tuned for more at Review Jolla.

Jolla is a start up company from Finland, providing independent Sailfish OS mobile operating system. The OS is based on open source Mer project, and has a strong history in Nokia's Meego operating system introduced on Nokia N9. Sailfish OS is struggling for a position between Android and iOs as an european operating system, offering more user privacy. Jolla has also manufactured two mobile devices: Jolla Phone, sold since November 2013, and Jolla Tablet, expected to start delivering on May 2015.