One more system update before the biggest update!


Sailfish OS 2.0 is released soon for Jolla Phones, and of course the Tablet when it starts shipping. Early adopters are currently testing 1.1.7.24 Björnträsket, and the next update after that will be Sailfish OS 2.0

Today, additional to a huge press release on which we will have several posts to share with you, Jolla shared something interesting for the current Jolla Phone owners and Tablet funders. Sailfish OS 2.0 is close to ready to be released!

According to Jolla Blog,


"this biggest software update to date introduces a totally new and visually refreshed user interface, which is fast and easy to use, enhancing the flow of the OS dramatically, and making the user interface designed for seamless multitasking even more effective than before."

As if we didn't have one like that, in general already? But now what is flow of the OS... We must let it flow into our phones and see. At least I'm not expecting to see a bugless system quite yet. Jolla blog continues:


"For our dear Sailfish OS customers, Sailfish OS 2.0 includes improved Android application compatibility and browser experience, smoother transitions throughout the OS and overall improved stability and performance. Because of these improvements the daily use of Sailfish OS should become even faster and smoother."

After all these overwhelming words, I'll stick up with one in the end: "should". Yes, the blog is commercial, so someone needs to check the opposite aspects on this. Let it be us, giving the honest feedback when we have tried it - earliest in 5-8 weeks I guess, Early Adopters already one week before that. 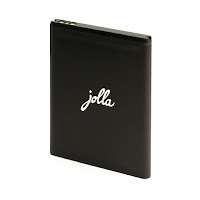 Jolla shares their thanks to the community for all the feedback posted in customer poll and to together.jolla.com They claim to have listened us closely and worked together with us here in the community. Partially true! On the Sailfish OS 2 part too. But on the other hand... well, the resources are limited, maybe we just shouldn't expect voice guided navigation as native option, but I just must mention the spare batteries every time Jolla talks about listening to the community from now on ;)

But with this part we can all agree with:


"The whole Jolla team wants to thank wholeheartedly our fans, followers and community members for the support along the journey. Lots of LOVE!"


Thanks goes to Juhani Lassila on Jolla Blog - In the end, GREAT NEWS! I mean, Sailfish OS 2.0 is coming through, close to the expected schedule! Let's just watch this video again: