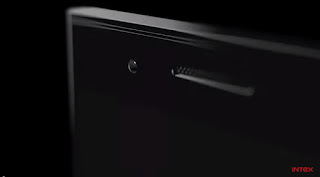 Not here yet! Sailfish OS, operating system developed by Finnish Jolla Ltd. is aiming to be the 3rd OS in mobile world. So where are the devices? After Mobile World Congress Shanghai, a lot of wrong information of upcoming Intex smartphones has been spreading to the world.

I've been following the news closely and contacted Jolla and Intex when needed to keep you up to date with the latest info below:


Intex didn't share even drawings yet, but Sanjay Kalirona, Head of Mobile Business at Intex, told this much to Indiatimes:


"We plan to launch the first Sailfish device in November. It will be 4G-enabled and will come under the sub-10K price range"

Two Intex Aqua Fish smartphones were expected to be unveiled at MWCS15 after Intex published a short video clip for a moment. However, the video was soon held back and no phones were unveiled. Only the name of the smartphone was clearly visible, "Intex Aqua Fish", all around the Intex stand.

The device used for demoing Sailfish OS 2.0 at Mobile World Congress Shanghai 2015 was only a reference device, according to Jolla. So, we have Jolla's press release, big things shared by to Jolla and their partners but nothing to see yet from Intex. They actually haven't even told if the reference device was manufactured by them or not.

Update: To be introduced at Mobile World Congress 2016, Barcelona, Spain


Introduction of the phone will take place by Jolla during MWC16. While waiting, let's just gather all the known facts for our readers to not get mixed with specs and prices shared elsewhere:


Update: To be launched to the markets in India


Jolla's announcement of sales by the end of 2015 in the markets in India has had two later corrections, first one shared by Antti Saarnio in Russia scheduling Sailfish India launch to Q1/2016, and second confirmed by Intex to us, scheduling the product launch to the first week of May 2016 in India.

The phone will be exclusively available only via Snapdeal online marketplace, and only in India.

Update: To be launched to the markets elsewhere?

Availability of Sailfish OS Intex Aqua Fish anywhere else but in India is yet behind thick curtains. Intex has already expanded their sales to Bangladesh, Sri Lanka and Nepal and shared plans for Russia and Africa, but they do not list any specific phones except for Aqua Trend models.

But Intex has shared this much earlier on July 2015:


"Together with the Sailfish India ecosystem partners we believe that we can provide an exciting alternative for smartphone lovers in India and later globally as well."

Some earlier rumors, can be forgotten: