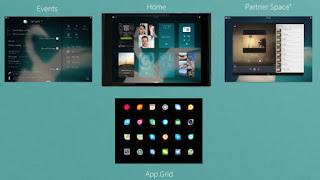 PartnerSpace, an exclusive zone for partners in the user interface


Jolla will bring a new view "PartnerSpace" into Sailfish OS user interface for 3rd party manufactured devices. This is an interesting m-commerce business model for Jolla and their partners

What is this, how does it work and who benefits from it? Who decides the content visible to the end customers there? Do we gain or loose having it there?

PartnerSpace, an exclusive zone in the Sailfish OS user interface

Jolla Ltd., developer of Sailfish OS, decided to try with an interesting revenue model. Instead of cashing on licenses of their operating system, they are offering Sailfish OS, a gesture based mobile operating system, to smartphone manufacturers and to other mobile device manufactures for free, gathering their own income as small portions directly from the end customers using the devices. The feature enabling this revenue model on Sailfish OS devices is called "PartnerSpace"

It's developed to enable offering of local services to end customers. It's placed in a key location of the user interface of Sailfish OS. It's supposed to bring the main income for Jolla. It's risky, but it might just work. 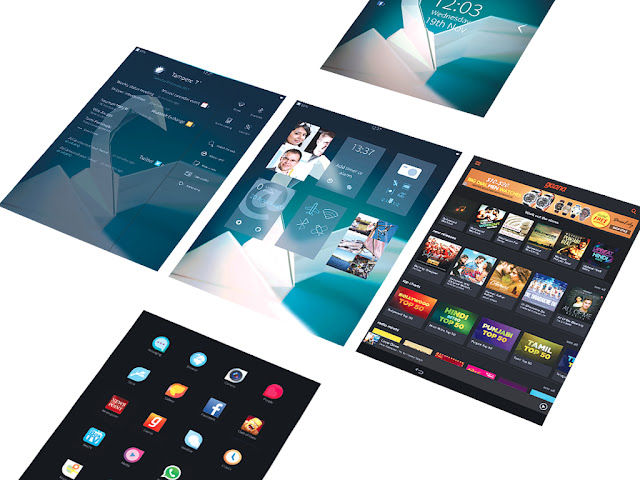 These screens are easily accessible via simple one finger gestures, and between the multitasking Home view (center) and Events view (left) we can see the new PartnerSpace view (right), in this example filled with content of gaana.com. User can scroll between these three views from left to right or from right to left, so not seeing the PartnerSpace at some point is practically impossible.


Earlier on this space users were able to quickly change the ambience (background, text colors and sounds) of their devices.

The ambience switching feature is now moved into a top pulley menu, showing a scrollable list of your favorite ambiences, so it's just as easy as before.

Locking the screen takes place via this menu as well, on such introducing just one tap more to achieve it (compared to the earlier versions)


There is an agreement between the "PartnerSpace owner" (content provider), device manufacturer, device retailer, and Jolla Ltd. Every time the end customer makes a purchase using the PartnerSpace, a small portion of that purchase is transferred to the company developing the operating system. Currently, this is planned to form the main income stream for Jolla Ltd. after dropping out from the hardware business, focusing purely on developing the operating system Sailfish OS


Having a dedicated zone for paid services seems like an idea worth testing. We've used to see advertisement all around the user interface on Android devices, mostly in apps, notifications popping up, even as messages. The amount of ads shown to users seems to be growing on Android.

On Sailfish OS, it seems like all the advertised content is planned to be visible on this PartnerSpace, setup in a location to where the end user finds him- or herself easily, in purpose or even accidentally. Depending on the agreement it's possible that the partner on Sailfish OS devices has also an access to the notification system, integrating notifications of any new offers, guiding users to visit the PartnerSpace "for more".

The goal in both Android and Sailfish OS is a tap. Tap to create an order for any paid content or products. Is this good or bad - depends on the content, right?

What if someone don't want to see a PartnerSpace? 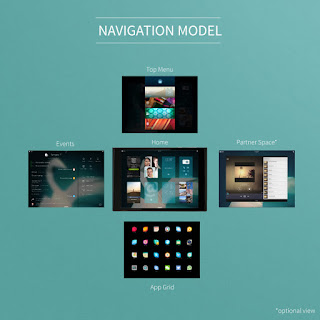 PartnerSpace adds to the true cost of the device - when the price of Sailfish OS is not added to the retail price directly, the device is cheaper to buy and the OS on it is "paid afterwards", or at least this is what Jolla wishes that will happen.

However, Jolla has promised to introduce the scale of open sourcing their operating system soon. We can be certain that there will be unofficial patches offering users an option to get rid of the whole PartnerSpace, or change it into some other content the hackers sees as better.

We will see some people using the PartnerSpace as much as possible, wanting to support the development of the Sailfish OS. We will see some ignoring it, few even removing it. But the main group - ordinary users - will use it only if they find it worth it:


As in every purchase, it's the content and its price tag that matters in the end. Jolla offers an easy access to mobile commerce, PartnerSpace owners will be in a key position with their content. If the content is worth a purchase, the end customers will sure find it a nice way for online shopping. If the devices are sold cheap enough, there will be a lot of ordinary customers using it.

If the system works as planned, there are no losers - it's a winning deal for everybody: The end customer, the PartnerSpace owner, the device manufacturer and the Sailfish OS developer Jolla Ltd.

Lot of "if" included - risky business?


This business model is to be tested soon via agreement between Jolla, Intex, TimesInternet and Snapdeal - members of freshly announced Sailfish India.

There sure are a lot of factors, and a lot of people involved, not forgetting the key person: The end customer, so it can't be seen as a safe way to go for Jolla. If any of the parties involved gets greedy, the risk potential grows dramatically. Especially in the beginning it's important for each company involved to keep their focus 100% on the end customer values:


End customers, in general, are looking for well performing mobile devices for cheaper price compared to others. They don't care what's the operating system, as long as the things they do perform well. "Free" operating system should make the devices cheaper, but on the other hand, if the OS is actually better than others, it could be seen as a price adding value itself. However, in the manufacturer point of view, it's free - so a lower price tags are expected from this party


End customers are looking for outstanding offers and great content, not ads. The offers are especially important in the beginning, and there should be some great ones exclusive on PartnerSpace. These might get the end customers to talk to new potential customers, sharing all around how they got real value after selecting that device. A happy end customer is the best advertisement for the content provider.


Retailer is a very interesting party in an agreement like this, as they decide the final price tag of the device. The traditional way is to start from high, satisfy the first group of customers, the enthusiasts, and then drop the price to get the masses interested as well.

Is this a way to go in this business model too? Each partner in this deal is dependent on the final price tag starting from the beginning, and selling to masses is essential.

We already know there will be one smartphone by Intex in below INR 10 000 category in India, expected to be launched on November. Let's see the specs on that. Device may be expensive if its still worth it, but is that a  price tag for masses? How about below INR 6000, could we see any decent hardware for that price too?

Sailfish OS developer, the unlike Jolla


The revenue grows only via amount of devices in use. On Jolla's behalf, a great performing operating system with viable app ecosystem is what's expected. However, the startup company resources are limited, while all the revenue is in the possible future in this model.

Sailfish OS app developers are probably more than surprised that Jolla offers revenue first to Sailfish India partners before their existing app developers, the most important current partners for Jolla. Well, at least this model was announced first, while the latest info on paid apps support dates to April 2015, sharing "we are actively working on something but we don't have anything to announce at this point"

However, the operating system itself has been evaluated high by Jolla phone users. So, will there be another PartnerSpace for paid apps? Let it be that or something else, but I wouldn't place bets on the Android Support on Sailfish OS while following how the app developers there are lurked into using Play services not supported by Jolla.


PartnerSpace is not a value. In its best it's a great value adding service to the end customer, but not a reason to buy a device. There are high expectations on the Sailfish OS and its native apps to be fulfilled, and there are limited resources in the development. There are potential risks, for first the native app developers changing their OS to one offering revenue, for second any greedy partners, for third the reactions from the end customers hating ads in general. For them it depends on how the PartnerSpace works, will the ads stay in their reserved zone or spread around the system, and the most important, what is offered there. 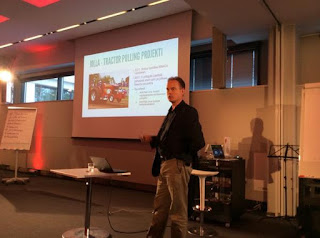 In my honest opinion, Jolla's boat is now moving on a rocky waters, but I can see a huge golden harbor right in front of them. Taking careful steps with this PartnerSpace, focusing on right things like the native apps, and communicating with the Sailor's honest attitude (especially on their Open Source goals) might bring Jolla even to their ultimate goal - being the 3rd OS in the world.

Will they sail there? What should they focus on in your opinion? Will the revenue be there before running out of cash? This boat is in a turning point!