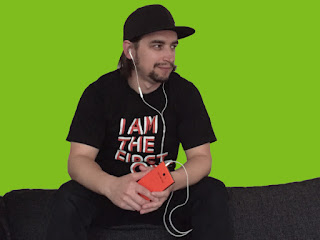 
The app is under development, unofficial and not shared, but also the developer himself would like to see it published later by Spotify. As a community, there might be something we can do to help - read on:

Bob Jelica, father of this unofficial project, has been interested on Sailfish operating system since the beginning. He started to develop Spotify for Sailfish OS on hacking time in his work, offered to employees by Spotify - what a nice employer there!


Bob: Before we start, I just want to point out that I'm NOT a Spotify spokesperson. I'm just a Jolla fan that happens to work for Spotify and I use my hack-time to work on an unofficial Sailfish OS client.

With that said, thank you Simo for the opportunity to do this interview! So let's do this!


Simo: How did you became interested on Sailfish OS in the first place?


Bob: I'm a huge fan on MeeGo and Nokia N9 and was devastated when the "Burning Platform" came out and how Nokia decided to live their life post-MeeGo. Been lurking around all the usual MeeGo places and forums since N9 came out and found out eventually that Jolla was forming and they were gonna do something awesome.

Really liked the way Jolla was starting up and decided early on that this is a cause I want to support in one way or another. So I became one of The First Ones and bought a Jolla phone. Now I'm waiting for the tablet to show up, and really looking forward to Sailfish OS 2.0! 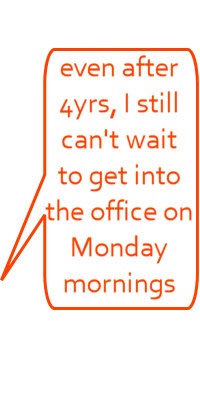 Simo: How did you end up to work at Spotify? How do you like it there?


Bob: It was a dream come true to start working at Spotify! Initially I didn't know that Spotify had an office in my home town of Gothenburg, on the west coast of Sweden. A previous co-worker had started there and when I heard the news, and thus realized Spotify had an office here, I did all I could to get in!

I love this place, it's incredible! I've been here for almost 4yrs now, and I'm still amazed every day by the people, the culture and the product we have. I realize I've struck gold. Just the fact that, even after 4yrs, I still can't wait to get into the office on Monday mornings is a huge testament to the work place! I'm thankful everyday to have gotten the chance to change the world together with the most amazing people. It feels unreal sometimes.


Simo: What else have you been coding, additional to this native Spotify client for Sailfish OS?


Bob: I did a couple of (small) things for MeeGo back in the day, Bensinjakt for example.  TVMatchen for Sailfish OS (TV sports listings app for Sweden) is one app I have in the Harbour. I also helped port GagBook to Sailfish OS.


At this point, let's check this video of Spotify for Sailfish OS, how the app looks right now, and have an opinion on it from Bob himself:

Simo: About this Sailfish OS client, are you happy with how it currently looks and feels?


Bob: I'm a huge proponent of well-built apps with UX that's been carefully thought out and polished. So I'm not happy (yet). I'm still struggling with the fact that Spotify design language collides with Sailfish sentiment (Spotify should be black and green, Sailfish OS relays heavily on transparency and Ambiance), so I need to cater to both of those things, which isn't easy every time. I want it to feel both native to Sailfish OS but also carry the Spotify signum. So it's a struggle, but I'm not giving up! 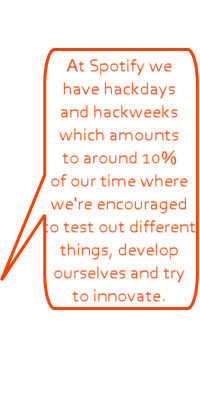 Simo: Do you have a team working on this client? Are people at Spotify generally interested on the project?


Bob: Not a team, it's actually just me and Pär Bohrarper that do this during our hackdays and hackweeks. At Spotify we have hackdays and hackweeks which amounts to around 10% of our time where we're encouraged to test out different things, develop ourselves and try to innovate. Innovation at scale if you will. Sailfish OS client is a product of that. It's not an official product we as a company support nor develop.

Most people don't even know it exists. Just like many other hackday projects.


Simo: Is there any schedule for the project?


Bob: No, there's no schedule nor anything like that. I work on it when I can.


Simo: Do you have a goal in mind, from your personal point of view?


Bob: Honestly I would love to release this to the public. But that's not my decision. Releasing an official product has huge implications for us as a company, and it's not something we decide to do easily. We don't want to release something we can't support and develop further and we just don't have the manpower to put into a project like this, unfortunately. 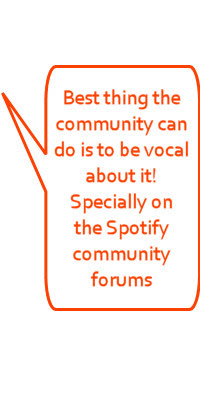 Simo: What could Sailfish OS / Jolla community do to support this goal?


Bob: Best thing the community can do is to be vocal about it! Specially on the Spotify community forums, where you can vote and just be vocal in general, on Twitter, Reddit etc. Make yourselves heard!


Simo: Anything else we might be interested to know about you? Or any inside jokes from the office?


Bob: I collect smartphones, specially those on weird platforms (so if you've got an N950 that you don't need, holla at me! :). People here at the office count on me to bring weird phones and show them off.

Some say I own more phones than I own underwear. And they are right :D

Huge fan of webOS as well, coded some apps there too. Was equally devastated when HP killed webOS hardware, 2011-2012 was not a good year for me and my favourite platforms


Simo: Haha, huge thanks for this interview! Final words for the community:

Bob: Again, thank you Simo for the opportunity to speak to a broader community, and to the Jolla/Sailfish OS community I say this:

Ps: Do try CuteSpot, which is an independent Spotify client for Sailfish OS! It works really well!


[editor's note]: CuteSpot is another native Sailfish OS client with cute user interface, and it's currently the only native option supporting playback of music on Spotify. This unofficial app is available to download from OpenRepos (linked above) or on Jolla Store in the phone


- - Wow, what a great interview, and what a nice place top work there, bosses offering free hacking time for their employees for projects like this. Big thanks to Bob for his interesting words, now we do know! Well... If this project would ever reach an official state, Spotify for Sailfish OS could be the next native 3rd party app delivered by a bigger company, first being HERE Maps by Nokia. At least both Jolla and their customers are looking forward for bigger software provides to code also for Sailfish OS. For that reason, repeating the voting link Bob just shared. Let's help him showing some community DIT (Doing It Together):


And on our own TJC, let's get people loud via that too:

The article introduces 13 different apps including CuteSpot, and there's also a video of earlier version of Spotify for Sailfish OS. Compare what's changed!

After introducing Bob, the rest of this rather long blog post is mostly for people not heard of Jolla, Sailfish OS or Spotify earlier. Those familiar with all might find some latest news included, so if you didn't get seasick yet, Sail On!

Mario Bob Jelica is an engineering manager and Agile coach at Spotify with 10 years of battle-experience in software development. Bob has had the pleasure of seeing and living in both the start-up and enterprise worlds. Bobs interests are exploring the challenges of motivating and building high-performing teams, and lately challenging the roles of QA/TA/developer within such teams (source)

Spotify is a Swedish company with 60 million customers (active users during the past 30 days). The company value is estimated to EUR 7 billion, and they've been expanding fast in cooperation with mobile operators and media houses. For example northern European operator Telia-Sonera has just announced an investment of EUR 100 millions for a 1.4% share of Spotify (source). Spotify's founders Daniel Ek and Martin Lorenzo are not holding majority of the shares any more.

Spotify offers service for listening to music, expanding to watching videos and reading news on browsers, desktops, Playstation and on several mobile platforms. They have listed 30 million songs, and 20 000 new songs are added daily to the service. Music can be listened for free including short commercial ads in between, or via a premium account in better quality and without ads

The official Spotify app offers free shuffle play service or full paid service, including saving music for offline listening on devices running Android (Google), iOS (Apple) and WinPhone (Microsoft) operating systems. Spotify Android app actually works on Jolla Phone too, but native apps seems to be what Jolla's customers want, mostly as the Sailfish OS has it's own gesture based user interface, found to offer a much better user experience by several users.


About Sailfish OS and Jolla

Sailfish OS is a gesture based mobile operating system developed by Finnish company Jolla Oy. According to Antti Saarnio, Chairman of the board at Jolla, the company value is currently estimated to 160 million.

Jolla is a young start up searching for partners among mobile operators, device manufacturers and application providers, focusing Jolla's own resources to the development of the operating system Sailfish OS itself (source).

Sailfish OS was launched running on Jolla Phone on November 2013. Sailfish OS 2 is announced to be launched on July 2015, among with a new product Jolla Tablet. Also a new 3rd party phone manufacturer is expected to be announced very soon (source).

First, there are not too many yet, and second, there are no "major" applications yet as native options, except for the HERE Maps by Nokia.

Jolla's application ecosystem is still under development, and for example the payd app support in store has been promised. Latest information was shared on April 2015, including: "-- we are actively working on something but we don't have anything to announce at this point --" (source)

In the meanwhile, Jolla offers their users somewhat good compatibility to run Android applications on top of Sailfish OS's Android support layer. Out of the box, Android apps dependent on Google's Play services doesn't work on Jolla phone, but in many cases an older version of the same app might run just fine.

Spotify, so far, is not dependent on Google, so this application works - including the Android user interface, which is why people would like to see a native option.

However, as Jolla is quite open in its design, users have been able to tweak their phones with full Play Services and Android launchers, creating a full dual-user-experience of both Sailfish OS and Android in the same device.

Having features of two operating systems on the same device is, however, memory consuming, and there are users waiting for all applications to be available for Sailfish OS, enabling dropping the Android compatibility from the phone.


Disclaimer: This post mentions two unofficial Spotify clients, either not supported by Jolla or Spotify, the companies. Unofficial "Spotify for Sailfish OS" is not published or shared, unofficial "CuteSpot" is available both on Jolla Store and on unofficial application platform OpenRepos. All apps available on OpenRepos are on your own responsibility to install, issues caused by these apps are not covered by warranty.