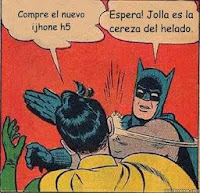 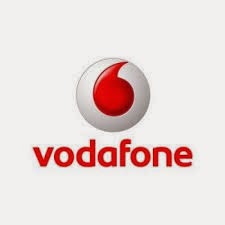 Jolla Oy, smart phone designer and manufacturer & Sailfish OS owner and developer, is opening sails in their home harbour Finland and is about to start selling their Jolla phone in Portugal. A long sailing from ice covered lakes to deep seas and sunshine.

Pre-order campaign is starting, and distributor Smarteki9 (which has obvioysly herited some web style from jolla.com) has stated that Jolla phones will be available during the 1st quarter of 2014. Smarteki9 is a new company founded just 3 weeks ago, possibly by Jolla itself (not confirmed).They are located in Lissabon (Lisboa) in a nice looking office building Latino Coelho. Among Jolla, smarteki9 is cooperating with at least Booxmedia.

And why Portugal? Not just for the weather. Here's five facts from the local mobile market there
(Source: ACEPI, IDC)
We can see a pattern here: Traditional Nokia's are soon to be changed to Smart Phones. Nokia has changed to MS Software. A company from Finland (Jolla) might be a perfect choise for a company from Finland (Nokia). Newcomer will support LTE networks, and even the market share of Android could be seen quite full. Operators can be seen competing in the LTE environment, surely welcoming new devices with ability to make use for it.

However, entering the markets could become an issue. Cultural aspects can be handled, and Jolla might know how Nokia did it there earlier, but the competition will be tought - Finland, with a lot of home team supporters, were sheeps compared to what's coming up. It's like leaving clear, cool winter weather of Finland and entering, barefoot, the sun heated sands. Android has builded castles to these beaches some time, Microsoft eagers to have previous, traditional Nokia users to go on with the Brand, and Apple - well, it's Apple. Those fruits just love sun.

If Jolla repeats the tactic they used in Finland, they have an agreement with just one of the three big operators. I'm not speculating too much which one, Jolla has kept this information well hidden. I  make only a tentative guess that it's Pt, with the largest LTE network and some agreement history between TMN and Nokia back from 2005, when they chose Nokia's video sharing services to their 3G network. Vodafone is currently not selling phones.

Jolla, as a Startup company, will not hit the portuguese market with huge or expensive campaigns. Advertisement is probably left totally to the operator, and Jolla will just try to make a difference with what they have, advancing step by step with their ability to react faster to the market happenings. Pricing is a tough question at the Portugals current situation, considering both economics and competing offers between the three giants. For example, TMN (Pt) currently offers Nokia Lumia 625 for 189,90€. I suppose this is one of the cheapest 4G/LTE phones available there. Also Nokia Lumia 920 has a lower price tag than what Jolla had in Finland.

What is interesting, is that Jolla is entering the market pretty soon, but I couldn't find information about Jolla in any of the operators sites. In Finland, DNA published a press release over five months before the sales of the first Jolla phones. This might mean that hasn't agreement with any of the giants, taking just small step to the portuguese market, handling everything just via the distributor. Interesting to see how it'll be, at least Jolla has a lot of plans about the distributor to find partners for branding The Other Half. This coiuld mean e.g. football teams who have strong support among citizens.

After Portugal:
Jolla's fleet is advancing to other parts of  Europe (early 2014), followed by China (no estimates on when).
More to come, see you.