In the sails of Open Source - Jolla


The story begins from November 2013, two days after the first Jolla phone was sold. These phones were expected to be open, so a simple question was asked by user juiceme at TMO:


In the name of Open Source - Jolla factory recovery image

That TMO thread has been active ever since, and it's currently 34 pages long. Meanwhile, some users like t0mps0 have managed to get their Jolla phones into a bootloop.

In most cases this problem is solved via a recovery menu brought to us by Jolla. Here's a few of the important words shared by Carsten Munk, Chief Research Engineer at Jolla, on December 2013:

"I don't personally buy devices that can't be hacked. We started developing Sailfish on hackable devices - we know our roots. And I have one coming to me at full price - no rebates or special treatment."


Beyond this great recovery menu, some hackers like NielDK want to go further. If you're into openness by your heart, you don't want to recover your phone via any internet service provided by any company - not even Jolla. Well, as open as Jolla is (and wants to be even more), Carsten has also shared to us:

"The bootloader of the Jolla is 'little kernel' ("lk") which speaks the typical Android fastboot protocol, which has a open source flasher. There's three modes of booting:

What comes to the last option, it also enables access to the phones unlocked bootloader (yes, you can easily unlock it via the recovery menu. Open Source at it's best), giving you the full access to the phone. Well, Carsten also shared that Jolla can't directly offer a factory image file... Phones requiring this level of recovery must be sent to the company.

No companies needed for that, thought PhantomR6 at TMO:


Hi everyone!
Can anyone make dd backup of /dev/mmcblk0p28 of factory resetted device to help me unbrick my Jolla partition?


The community helped him out quickly, and he managed to recover his Jolla via self installed factory image without sending it to the company. But they are open at Jolla too - couple of great Sailors from inside the company joined the community work, resulting copying the needed partition, without user data, from one factory resetted Jolla into another broken one.

They encountered a few difficulties in the process because of the file size, but when another user TuukkaH faced this problem just a while ago, ...


"My phone stopped booting and there seem to be unrecoverable errors in the btrfs root filesystem. Recovery menu entries for factory reset and btrfs recovery just hang..."

...the story went on, and again with some help from inside the company, Tuukka shared these steps to recover a broken btrfs (file system) on Jolla

Just yesterday this story got the best possible ending, as CodeRus (Andrey Kozhevnikov) has added all the needed factory image files (copied from a factory resetted Jolla) and a simple step by step guide into his server. Now we can all enjoy an Open Source, flashable Jolla smartphone


Link to the full guide and the factory image files


UPDATE, October 23 08:40 UTC: Files were removed from the site originally linked above, as it was found that the image file included 3rd party bits by Qualcomm. Jolla community would still support sharing a recovery file in public, but there are only these options: 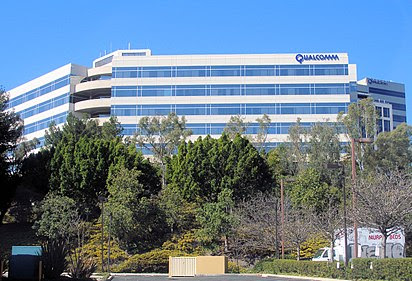 Jolla offers recovery as before, via their official warranty/repair partner(s). If your phone can't be recovored by the recovery menu, please contact care@jolla.com

Open Source Sailfish OS parts may be delivered among customers, and most of them are available in public too. See:

Disclaimer: This is community work, image has not been checked or confirmed to work. Also, hacking your phone in this level might void your warranty. "When you really take it as your own, it's really your own to fix too"

Warning: It's not recommended to leave Jolla's bootloader into an unlocked mode. Loosing a phone with unlocked bootloader might compromise your privacy.