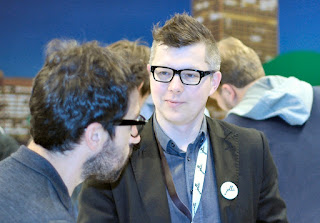 As part of Jolla's debt restructuring process, The Court in Finland has set Jolla's debts to temporary hold until the starting of the actual process is decided. In the meanwhile, Jolla is looking forward for financial round for December, and preparing the next system update for their Sailfish OS mobile operating system. Juhani Lassila, Head of Communications at Jolla, seems positive on financing.

Additional to the file for debt restructuring, Jolla had also filed for a temporary restriction for debt collection. The Court in Finland has recently granted the latter. According to Juhani Lassila, Head of Communications at Jolla, this is part of Jolla's plan in the debt restructuring. Translated from Jolla's application:


"The active debt collection actions could undermine the whole purpose of the reorganization process and hamper the company's business in the implementation of relevant agreements and investments," states in the company's file sent to Helsinki District Court.

In practice, this fresh Court decision gives Jolla a temporary relief on all those debts they filed, while Jolla is still waiting for the Court decision on the debt restructuring process. According to Finnish news site Tivi, the temporary hold issue was seen as urgent in The Court as it was exceptionally decided without hearing the creditors.

Starting the debt restructuring is processed on The Court later.  Lassila shares that if the restructuring process gets started, it's duration is decided with a liquidator assigned to the process. The liquidator would hear both the creditors and Jolla, and present a restructuring plan for all parties to accept.

Future activity at Jolla is also dependent on the decision, but it's even more dependent on the success of the financial round on December. According to Lassila "it's vital" for Jolla to go on. Currently, he seems to be hopeful on this:


"It looks positive, and a solution is possible already in the next few days."

While Jolla sails on lower blow after laying off 70 employees, filing for debt restructuring and searching for investors and partners, at least the core business, developing Sailfish OS further, seems to be going on. The next system update, Sailfish OS 2.0.1, is coming up soon:


"It's been on the table, and it should reach Early Access -stage by the end of next week, if there will be no surprises," says Lassila.

Jolla Tablet shipping is still on ice, but a new Sailfish OS smartphone by Intex in India is expected in the beginning of next year.