Open letter to Jolla community: Through the tough times

Antti Saarnio, Head of Jolla shares reasoning for Jolla's  current financial issues and explains the problems in the crowdfunded Jolla Tablet campaign. The main issue behind all the problems is that Jolla is still waiting for the world to discover Sailfish OS as an alternative option to Android and iOS. 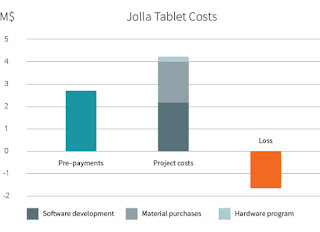