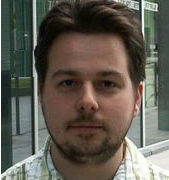 The aim is towards openness


April 10th, 2015, STUDIO/K, Netherlands at Awesome IT event: Carsten Munk shared an insight how the start-up Jolla managed to build a mobile OS and a mobile phone with just 100 employees.

Carsten Munk is Chief Research Engineer at Jolla, strongly passionate about open source and was previously involved with the MeeGo project by Intel and Nokia. His character might be best described with the following quote:


"I love hackable devices and I don't like to purchase devices that aren't hackable." SOURCE


Awesome IT - Amsterdams Scientific-Educational Symposium On Mankind and Information Technology


"We are a commission of bachelor students and a PhD student. Our goal is to organize a nice, extraordinary and informative day, while highly different from a usual day at the university."


Jolla was born in 2011 out of the passion of its founders towards open innovation in the mobile space. Jolla is about offering a true alternative to the big players in the mobile industry.


"Our revolutionary Jolla smartphone, and the upcoming Jolla Tablet both run on the open and distinctive mobile operating system Sailfish OS, which was built on the heritage of MeeGo, an open source operating system formerly developed by Nokia among others. Our aim is to be open, independent, and transparent in everything we do."

"DIT – doing it together is in our hearts. Our developer and fan communities are an integral part of the way we operate, how we develop things and move forward. We listen, and we take feedback. Without our community, Jolla would not exist."


"In this talk you'll hear how the start-up Jolla managed to build a mobile OS and a mobile phone with just 100 employees. Staffed with mostly ex-Nokia developers, we managed to build, launch and ship a non-Android mobile device with our own mobile operating system in a lot shorter time than established vendors have ever been able to. Beyond the story I'll speak details on how a modern mobile operating system is built up - not only from a technical point of view, but how you make a great product and sell it and work with your customers."