[Interview] All these people in the community rushing to support us 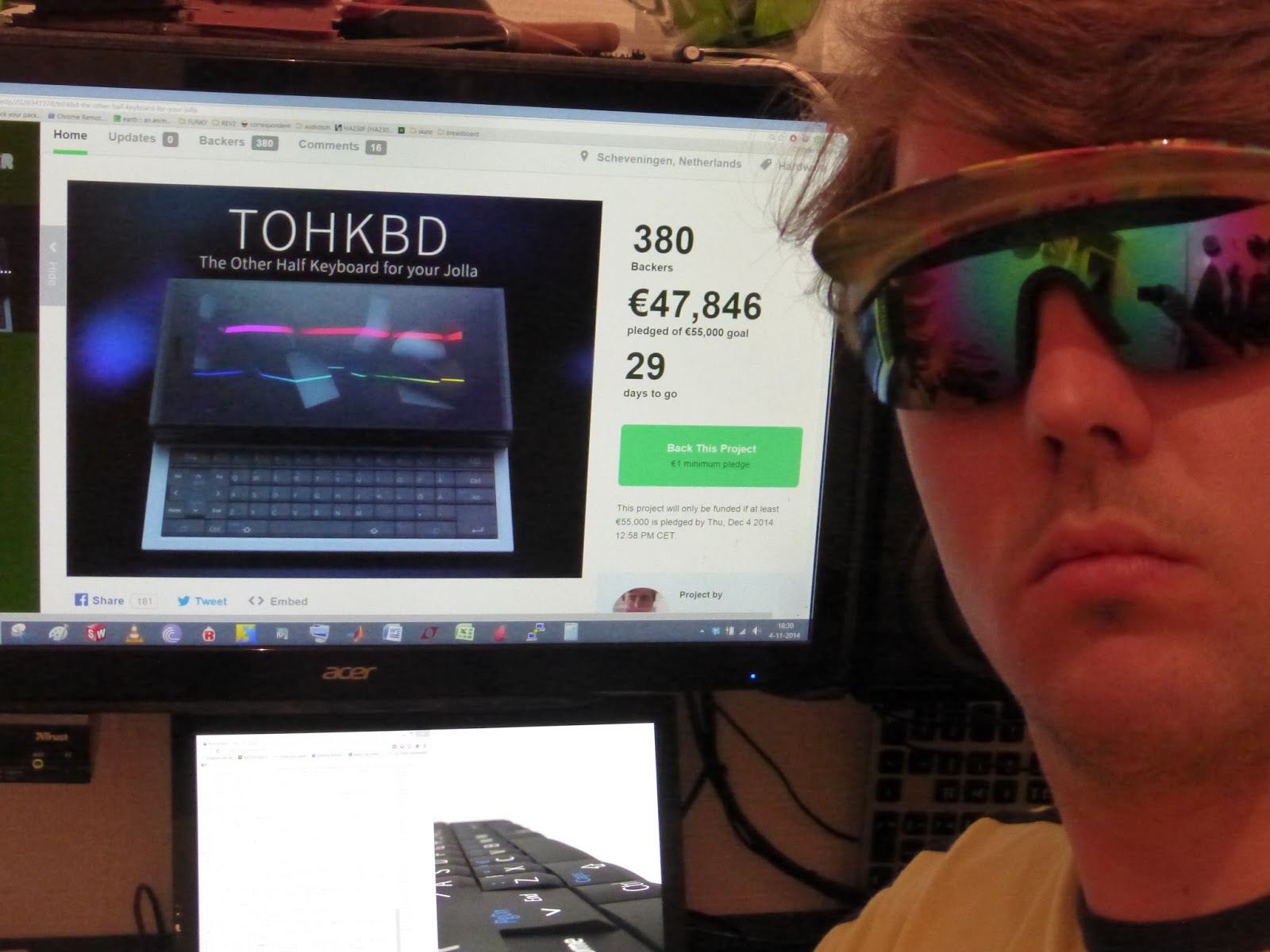 Project was launched at kickstarter.com October 28, 2014 and it reached the financing goal of 55 000 EUR in just 7 hours instead of 29 days. Backing up still goes on, currently people have backed these guys up with well over 100 000 EUR. Kickstarter team transfers the final amount to the project holders after the time is up. Let's hear what Dirk van Leersum, Andrew Zhilin and Kimmo Lindholm, the designer trio think about all this:

RJ: How did you feel in the moment when you noticed the financing goal was reached?


Andrew: Well, prior to Kickstarter launch I’ve worked out quite a lot of promotional steps to help our campaign reach the goal within 30 days. I knew we’ve made a terrific job designing the best mobile keyboard up to date, but we still had to convince people that it’s going to work. So it was a really overwhelming surprise and honor to see all these people in community rushing to support us from the very start. This may sound a bit cliché, but it really means a lot so I just can’t thank you all enough for giving us that opportunity.

Kimmo: I was offline when it happened, but was like “whooooaaaat un-f**ng-believable” as the news about reaching goal were coming from all channels. The start after a hour or so was looking really promising – but this was way over my expectations. I just can say that this community rocks!

Dirk: Reaching the goal was crazy. Andrew was sending me ALLCAPS messages every ten seconds and Kimmo was flabbergasted. I new there were a lot of people ready to order as soon as possible, so the first 100 orders were a given for me. Maintaining 10k/hour for the rest of the day... At moment of writing we are at 95k and still going, which means I am in the top 5 campaigns in the Netherlands about to be the 4th to reach 100k.

RJ: What kind of a Funky celebration are you planning?


Andrew: Right now we’re concentrated on fully delivering the promise we’ve made so it’s hard to tell the future. Lets wait for first deliveries to our backers, then celebrate.

Kimmo: Maybe we have a beer at slush.

Dirk: I actually had planned days earlier to have my parents over for dinner, which was not intended to be at the same time as the kick-off as we were waiting for manual approval and launched asap when we were approved. We had a glass of champagne at 45k and before dinner was ready we were fully funded already. I slept like a baby. A baby that had too much redbull.

RJ: Are we seeing the delivery faster now that the goal was reached already during the first hours instead of 30 days?


Dirk: Yes and no. Maybe. It helps to have a definitive 'go' on the project and we know the first batch size (order of magnitude). The amount of work is however still the same and we still get the funding at the same time, so delivery times of components will not change. Key is not to rush things and focus on the right things. Development goes on and regular updates on TMO will go on as always!

Dirk also shared some of his feelings concerning the whole project:


Before this campaign I was contemplating whether to continue developing. It is a lot of work, margins are low, sales are low and risk are high. Sometimes you have to be honest to yourself and realize you are having a hobby and are not doing something that has a future. So this campaign was for me not only a go/no-go on the keyboard, but on everything. My expectation was a fast kick-off, and then grinding to a halt. Then doing extensive marketing for a month and asking for a final push from Jolla to barely make campaign and make no profits at all. But then it kept going and going.

After such a nice start for this project, the designing trio is also giving something back - it seems that the extra Euros are used to make the final product even better. Updates on the project page mention 0.5mm less in the thickness, and better quality magnets. Follow up this page for more. 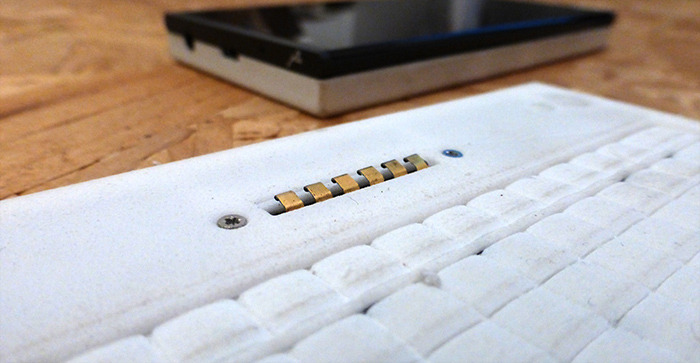 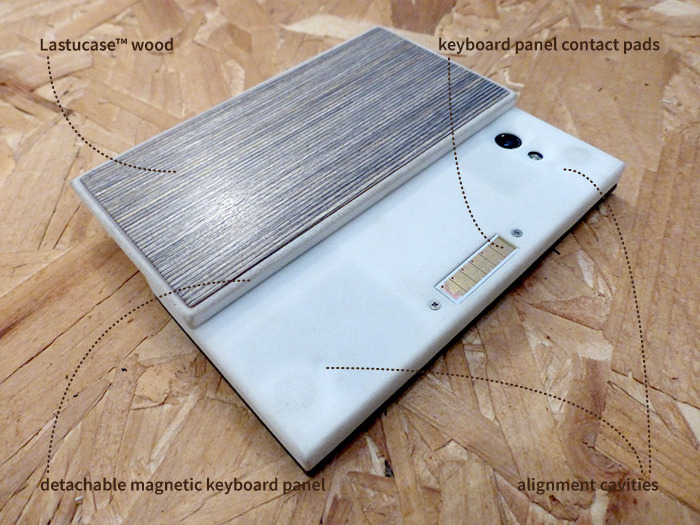 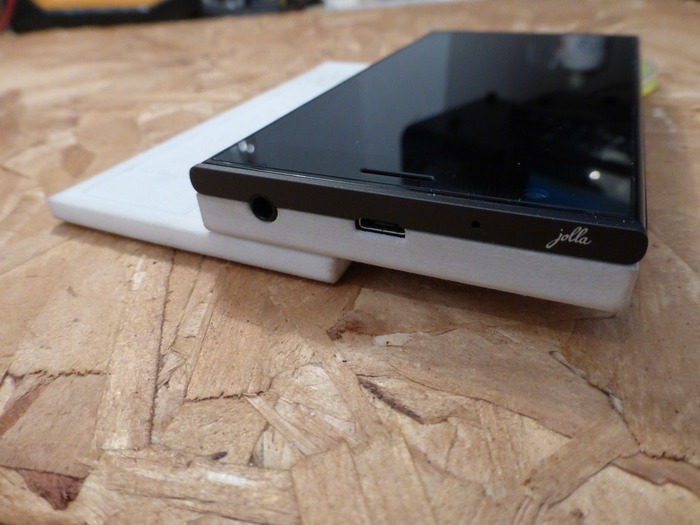 QWERTY Keyboard Other Half for Jolla - Project start