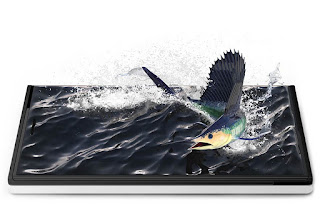 The news relates to the negotiations in Russia, where Ministry of Telecom and Mass Communications is looking for alternatives for Android and iOS.


Communications Minister Nikolai Nikiforov was awarded the Russian YotaPhone smartphone running the mobile operating system (OS) Sailfish. According to him, Russia in the short term is unlikely to become a world leader in mobile devices, but YotaPhone running on Sailfish has "a great future."

Sailfish OS 2 will be more open


"There are a number of private components associated with user interfaces [in SailfishOS], but they will be open around June-July. Since the release of the second version of the operating system is completely open environment for collaborative development and participation of all the professionals of the international community. Sailfish has the potential to become an international mobile system in BRICS" - believes the minister.

Juhani Lassila, Head of Communications at Jolla, confirms us that there are such plans, and shares


"We'll get back to details soon"


UPDATE: Antti Saarnio, Chairman of the Board at Jolla, has just shared a comment regarding opening parts of the operating system in an interview to Techcrunch:

More on the article:

YotaPhone running a mobile operating system Sailfish already exists and is in the hands of Minister of Communications Nikolay Nikiforov. That's what the minister said during a conference "IT in the military-industrial complex.":

"It works fine, but is probably not ready to be sold in stores," - said the Minister. According to him, YotaPhone running Sailfish or other open source operating system has a great future. "This proves that YotaPhone - multiplatform solution can operate more than just Android. There [in SailfishOS] are advantages: information security and more stable ecosystem development ", - added Mr. Nikiforov. General Director of Yota Devices Vladislav Martynov did not comment on the opinion of the minister.

Smartphones YotaPhone is manufactured by Yota Devices, company founded in 2011. The company's headquarters is located in Moscow. According to IDC, by the end of 2014 Yota Devices has supplied 109 thousand smartphones worldwide. 55% of deliveries were in Russia and 26% for Central and Eastern Europe.

"Obviously, it is unlikely in the short term that the Russian will become the world leader in the production of various mobile devices. Our Chinese colleagues has absolutely lead. It is reasonable in terms of the volume of their orders and the cost of production ", - says Nikolay Nikiforov. But Russian engineers, he said, are capable of developing the most sophisticated, high-tech products through our fundamental academic mathematical training.


Note: above are only parts of the article, translated from Russian to English. Original article is in Russian, published 05/27/2015 12:17