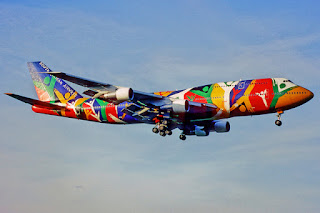 Continuing last week’s announcement of developing a Sailfish OS based mobile ecosystem to Russia, Jolla now announces the next step in its strategy for the BRICS countries (Brazil, Russia, India, China, South Africa). Jolla is now joining forces to create the Sailfish Africa consortium together with its local partner Dr. Sello Rathete, one of the co-founders of South-African operator Cell-C.

The main objective for Sailfish Africa is to gather a group of African investors to develop an independent Sailfish OS based mobile ecosystem for Africa. The initiative starts from South Africa, and later the aim is to expand the Sailfish Africa ecosystem to other African countries.

Dr. Antti Saarnio, Chairman of the Board of Jolla Ltd. comments:


“This is a logical continuation of Russia’s announcement last week to develop a mobile ecosystem based on Sailfish OS. After Minister Nikiforov’s visit last week here in South Africa, we are now taking practical steps forward to create the Sailfish Africa ecosystem together with local powerhouses from e-commerce, digital media and mobile. Africa deserves to have its own independent mobile ecosystem. Current development with only one mobile OS is leading to digital colonialization, and it must be avoided. That is why we see strong interest from local players to joint the agenda.”


“I have been following Jolla and Sailfish OS for more than a year now, and I have realized that Sailfish OS is the only existing alternative to build a viable independent mobile ecosystem. Online and offline businesses are rapidly moving to mobile and it is essential for African economies to start developing their own independent ecosystems for mobile. It does not make sense that all the businesses in mobile are taxed by US companies, and we also need to have a platform where we can freely develop our own solutions for e-Commerce, mobile banking and e-Learning. That is what Sailfish OS offers to Africa.”


One platform for all BRICS countries


“In addition to South Africa, we are currently building similar initiatives with local partners in India and Russia. We expect to announce further news about the expansion of the ecosystems in the coming weeks.”