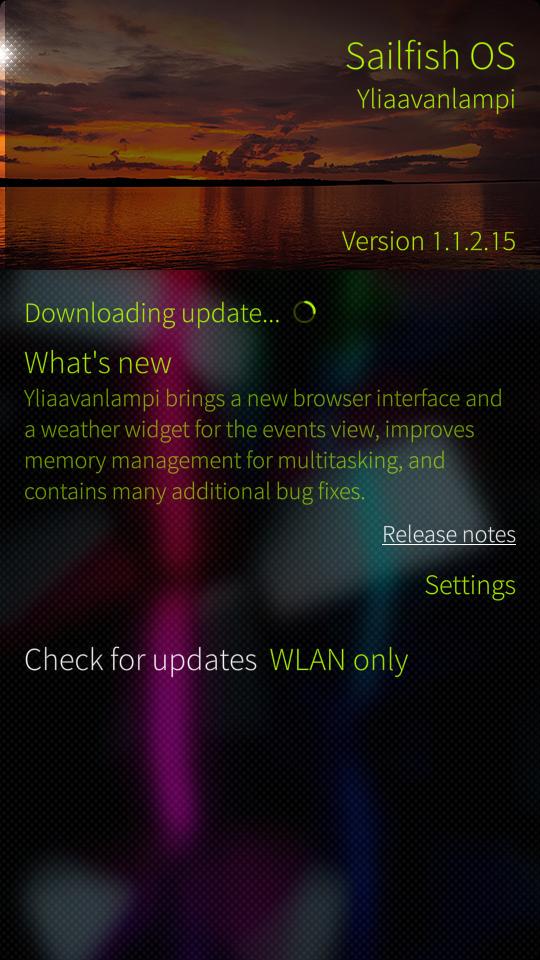 
As announced earlier, Jolla owners who have joined the early adopters program are getting the Sailfish OS updates some time in advance. If nothing big is found by these early adopters, the rest of us should get this in a week.

Today was the day for them to start playing with the next Sailfish OS update 11, and start the contributing with discovering possible bugs and reporting them in TJC. Doing It Together in its best!

2nd release out for them, and the schedule of the public release:

Developing sailors at Jolla have selected two first bugs, located by Early Adopters among Jolla's customers. Those were fixed right away, and Jolla delivered them another release for testing. First bug related to email login, another one to data connection with Orange network in France.

Jolla hasn't hired employees in all the countries, and especially with these bugs affecting locally, having community testers all around the world is very useful to all of us. Thanks for noticing and reporting the bug @kaulian (TJC nick)

These two bugs are fixed in another release for Early Adopters - They're now using Sailfish OS 1.1.2.16 Yliaavanlampi. From that and the earlier release, all the bug reports are checked again during the next week, followed by a public release. This would mean the week beginning on March 9th, so some patience from the rest of us is still needed

Other bugs reported so far by Early Adopters might or might not be fixed in the public release, but at least users will know about those in good time in advance, and they'll be clearly listed in the release notes. Dear Early Adopters, you've already helped so many of us in the community, this time especially in France! Sail on, keep'em coming, DIT!

Early adopters got a notifications about update 11 today, currently named as Sailfish OS 1.1.2.15 Yliaavanlampi. And how great is this, they have already started their contributing back to the community with reporting bugs.

1.1.2.15 might not be the numbers of the final release, and at this point it's still possible that this version will not be released for public at all - so just hold your horses. This is an early adopter release which is to be commented by part of users, while Jolla is at the same time finalizing the public release for us all. We can only say that the public release is planned to be released in about one week from now - but please note that this is still just a plan.

We'll share more details as soon as the next update is available for everybody, but if you're interested, please check some these posts. Two first ones are guiding you to Jolla Users site, as I found no idea to post again his already perfect first impressions. DIT guys!